Nawazuddin Siddiqui won accolades for his portrayal of the late Shiva Sena supremo Balasaheb Thackeray in Sanjay Raut’s produced film titled Thackeray. During the announcement itself, it was revealed that the Abhijit Panse directorial will be two-part film. After the film’s release, rumours were rife that the second part was shelved. But, Nawazuddin has assured that the film is currently under works. 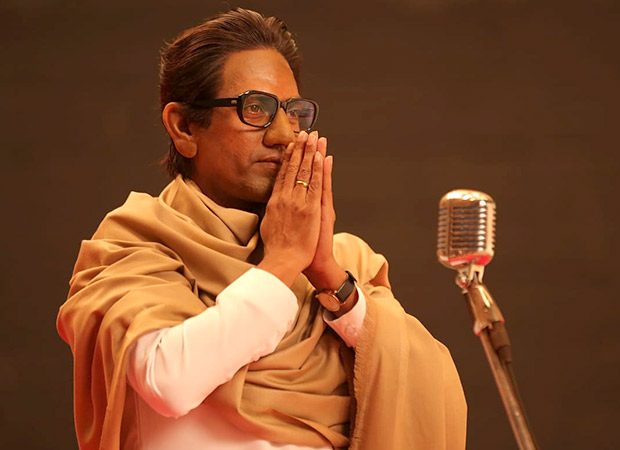 Nawazuddin Siddiqui, who is currently promoting Motichoor Chaknachoor, said that the initial idea was to make the film in two parts so that question to shelve the project does not arise at all. He said that the first part received a good response and the makers are currently working on the sequel script. He said that he had spoken to Sanjay Raut a few months ago and the producer assured that the second part is in works. While there is no confirmed timeline for the sequel, Nawazuddin Siddiqui shared that the makers were busy with the elections and he is tied up with his films. Since it would require him to get into the skin of the character again, it will take time before the sequel happens.

On the work front, Nawazuddin is awaiting his next release Motichoor Chaknachoor, a wedding comedy that is slated for November 15th, 2019 release. He has just wrapped up Bole Chudiyan, helmed by Shamas Nawab Siddiqui. Besides these, he has eight films in his kitty among which The Serious Men, No Man’s Land, and Raat Akeli Hai are in the list to name a few.

ALSO READ: EXCLUSIVE VIDEO: Nawazuddin Siddiqui reveals why an actor should NOT overdo their scenes