The feud has begun again. Everyone is aware of the troubled past between Kangana Ranaut and Hrithik Roshan. It is not a secret that they had a legal and public spat around their alleged love affair. Just a day ago, the makers of Mental Hai Kya announced the film's release date set for July 26. It is the same day as Hrithik Roshan's Super 30. Soon, the discussion began around two of them clashing at the box office and netizens wondered whether the decision to change the date was on purpose. 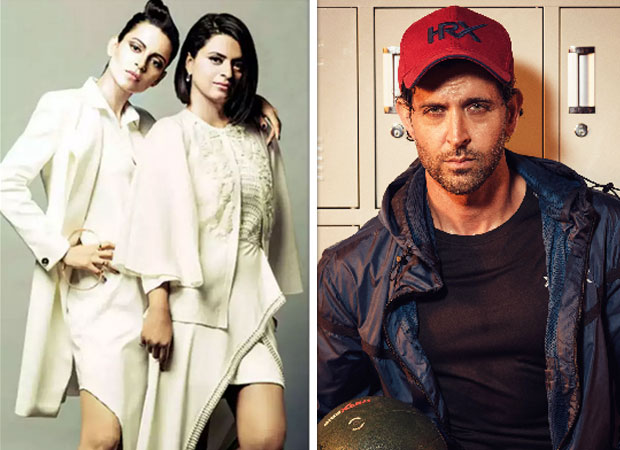 Soon after the news was announced, Ekta Kapoor producer of Mental Hai Kya took to her Twitter to state that she was facing a lot of backlash for changing the film's release date. She wrote, “The ugly underground tweets have begun. I‘ve promised to keep it clean and have assurances from my actors on the same. I hope personal assaults on them stop because it’s my decision & Not theirs.”

This did not go well with Kangana Ranaut's sister Rangoli Chandel who blamed Hrithik Roshan. She called him names like 'pappu' and 'jadoo' and even said that the entire backlash was his PR stunt. She wrote, “What to expect from a man who always prefers to attack your back rather than meeting you in the battlefield, jitna tu aur tera PR Kangana ko giraega utna he woh teri maregi.... so far it wasn’t her concern magar ab tu dekh... Jadoo.”

What to expect from a man who always prefers to attack your back rather then meeting you in the battle field, jitna tu aur tera PR Kangana ko giraega utna he woh teri maregi.... so far it wasn’t her concern magar ab tu dekh... Jadoo. https://t.co/D4GiBqWkbI

Kangana told Ekta Kapoor not to release MHK on 26th but Ekta said its is her prerogative as a producer to decide the relase date, then she had a meeting with her childhood friend Hrithik and they both took this call...(contd)

However, their first clash was avoided. Super 30 was earlier scheduled for January 26 release which was also the day Kangana’s Manikarnika – The Queen of Jhansi released. Then, Super 30’s release was pushed to July 26. Now, with both the films releasing on the same day it will certainly be interesting to watch.

ALSO READ: MENTAL HAI KYA Vs SUPER 30: Kangana Ranaut and Hrithik Roshan to CLASH at the box office on July 26