Netflix has added a pair of big names to its upcoming limited series All the Light We Cannot See. Mark Ruffalo and Hugh Laurie will star opposite newcomer Aria Mia Loberti in the adaptation of Anthony Doerr’s Pulitzer Prize-winning novel. 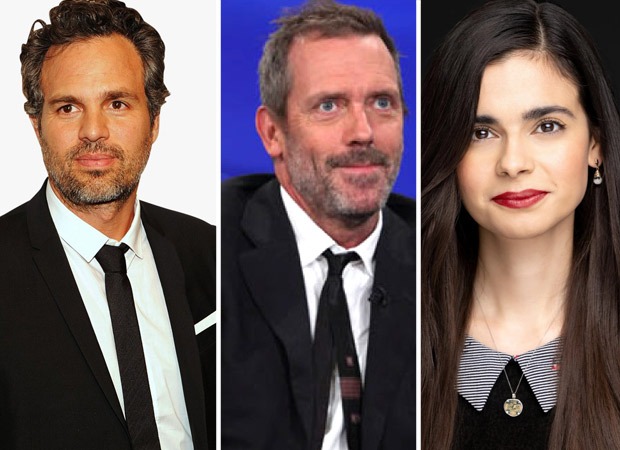 According to The Hollywood Reporter, All the Light We Cannot See centers on Marie-Laure (Loberti), a blind French teenager whose path crosses that of young German soldier Werner as they both try to survive the devastation of World War II in occupied France. The role of Werner has yet to be cast.

HBO’s I Know This Much Is True and the Marvel universe star, Mark Ruffalo will play Daniel LeBlanc, Marie-Laure’s father and the principal locksmith at the Museum of Natural History in Paris. Caring and clever, he’s determined to give his daughter as much independence as he can while also protecting her — and the secret gem they carry — from Nazi occupation.

Hugh Laurie will play Etienne LeBlanc, Daniel’s uncle. Etienne is an eccentric, reclusive World War I hero who suffers from PTSD and records clandestine radio broadcasts as part of the French resistance.

Hugh Laurie is also writing and directing an adaptation of Agatha Christie’s Why Didn’t They Ask Evans? for streamer BritBox and is currently filming The Canterville Ghost, based on the Oscar Wilde story, alongside his longtime comedy partner, Stephen Fry.

Peaky Blinders fame Steven Knight is adapting the novel, and Levy, whose credits include Stranger Things and Free Guy will direct all four episodes. They executive produce with 21 Laps’ Dan Levine and Josh Barry. The series is the second recent collaboration for Levy and Ruffalo. Levy is directing and Ruffalo is part of the cast of a time-travel movie (formerly Our Name Is Adam) that moved to Netflix in lieu of a theatrical release by Paramount Pictures.