Madhuri Dixit is returning to the big screen with her film, Bucket List. The film will mark her debut in the Marathi film industry. The actress is set to essay to the role of a housewife Madhura Sane who wants explore everything on her Bucket List of wishes. It will be a slice of life movie with a strong message. As the trailer comes out today, the fans are excited to see her in the regional cinema. Interestingly, the film will mark the debut of Ranbir Kapoor in a cameo. 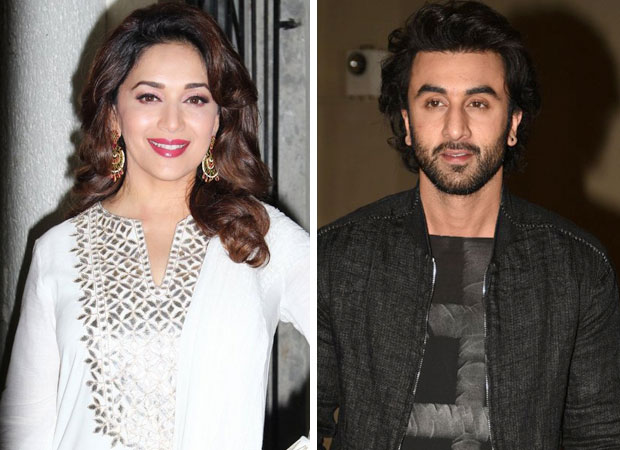 We had reported last month that Ranbir Kapoor is reuniting with Madhuri Dixit after their 'Ghagra' performance in Yeh Jawaani Hai Deewani. The first song of the film really brought the audience to enjoy a stunning chemistry between the two actors. Ranbir will once again feature opposite Madhuri in her Marathi film Bucket List and will recreate the same magic. About working with Ranbir, Madhuri recently spoke to a leading daily stating she was very excited that Ranbir was being considered for an appearance in the song. She said that they had a blast shooting for 'Ghagra'. She knew they would have perfect chemistry in Bucket List as well. Madhuri further said the entire cast and crew were enamoured seeing Ranbir's work in that scene.

Bucket List director Tejas Deoskar could not stop praising Ranbir Kapoor and gave little details about his role. He revealed that as Ranbir had less time, they shot for only a day. The cameo was in the script and did not look forced. According to the director, the film will have a scene when one of the characters wishes to have a selfie with a superstar. They were wondering who should they approach and Ranbir's name popped up. They knew he was a big fan of Madhuri so everything just fell into place.

The director further revealed that he asked Madhuri Dixit to speak to Ranbir Kapoor if would be willing to feature in the film. They have conversed and he happily agreed to do a cameo. He has conversed in Marathi as he wanted the scene to look authentic. Th cast and crew were impressed by the dedication and his work ethic.

Bucket List is a slice-of-life film about a housewife who wants to explore everything that is on her bucket list. Directed by Tejas Deoskar, the film is slated to hit the theatres this summer, on May 25.