Dharma Production showed its inclination towards supporting regional cinema with the Baahubali series. Not surprisingly Karan Johar’s production house has now expanded into Marathi cinema. The filmmaker showed his keenness towards presenting a Marathi film and it stars Madhuri Dixit. We are talking about her acting debut Bucket List! 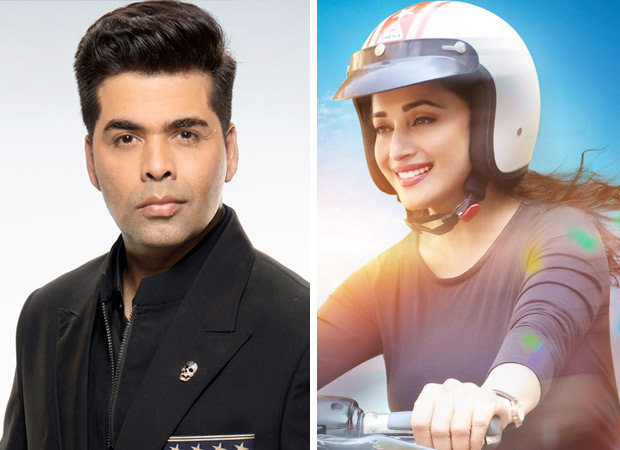 Considering the way, Marathi industry is getting amalgamated with Bollywood production houses, it isn’t a new move. Many filmmakers and producers in the past have expressed their wish to collaborate with Marathi industry. One such example is Priyanka Chopra who has produced the National Award winning film Ventilator. Riteish Deshmukh too produces many Marathi films. Now joining the league is Karan Johar.

In fact, Karan Johar, in the past too has spoken about his love for Marathi cinema. It is probably one of the reasons why he decided to adapt the Marathi blockbuster Sairat in Hindi. For the uninitiated, the said film titled Dhadak is the launch vehicle of late Sridevi’s daughter Janhvi Kapoor. It also stars Ishaan Khatter in the lead. Now taking his love for the industry a step further, Karan will also co-produce a film starring Madhuri Dixit.

Madhuri Dixit, who is also venturing into Marathi film industry as a producer, makes her acting in her mother-tongue language with Bucket List. The film that is slice-of-life film of a woman’s self-discovery, will also see her reunite with her Hum Aapke Hain Koun! co-star Renuka Sahane.

Thrilled with the opportunity, both Karan Johar and Madhuri Dixit expressed their happiness about collaborating for a Marathi film. Interestingly, the actress will also feature in Dharma’s next production, to be directed by Abhishek Varman. The actress replaced late Sridevi after the latter’s sudden demise.

As for Bucket List, it is directed by Tejas Deoskar. The film is slated to release on May 25, which incidentally also marks Karan Johar’s birthday. Also, Madhuri Dixit’s birthday falls on the same month [May 15] and hence the actress considers this to be a birthday month gift.