Shatrughan Sinha was earlier in news last year for bashing up the Me Too movement wherein many called out to the actor-politician for demeaning the campaign. Yet again, his name has been dragged in a similar controversy recently when the veteran star commented on the Me Too movement during the launch of Dhruv Somani’s book A Touch Of Evil. His statements have left many in shock, even though, the actor politician further went on to say that his words should be taken in the humorous spirit and not otherwise. 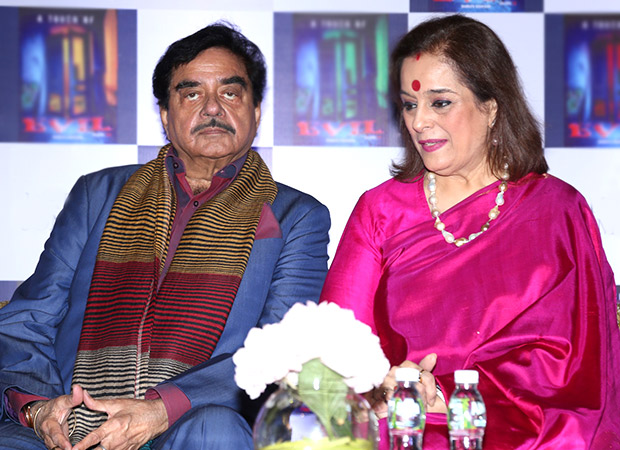 During the book launch, while speaking about Dhruv and the book, Shatrughan Sinha referred to the ongoing movement whilst talking about the adage – ‘behind every successful man, there is a woman.’ He went on to describe contemporary times saying, “In the era of Me Too, I don’t have any qualms to say that behind every successful man’s fall also there is a woman. In the current Me Too scenario, behind the problems, disgrace and the failure of many successful men, many a times, I have seen women as being responsible for it.”

While he came up on stage after an introduction given by Somani who was all praises for Sinha and his stardom, the actor went on to speak, “I won’t say much because thankfully, I have managed to retain the image as described by Dhruv Somani and the image is good by far.” He added, “I indeed consider myself lucky that in the current times, despite doing all the deeds, my name hasn’t come in the Me Too movement by far.”

He also reasoned as to why his wife Poonam Sinha accompanies him to most of the events and mentioned that it has a connection with the ongoing Me Too campaign. “That’s why I always listen to my wife and make her my shield whenever or wherever I go because irrespective of whether there is something or no, I want to say that I am happily married and that I am having a good life. So that even if someone wants to say anything about me, don’t say it. And if there are any of my old female friends here, please take care of me. Thank you,” he concluded.

But later on, when the media questioned him about him making such frivolous statements about the Me Too movement, Sinha said that it shouldn’t be taken out of context and should be taken in the humorous spirit. He also assured that he has immense respect towards all women who have been speaking against the sexual harassment in the industry.

“Don’t take it otherwise. I just said it to take it in the plain sense of humour. I highly appreciate, I applaud the women who have, ‘better late than never’, come forward. I salute their guts and courage but beyond that I wouldn’t like to speak further on this at this book launch.”

Also Read: “I only know one Modi in the BJP, the action hero our Prime Minister the honourable Narendra Modiji” – Shatrughan Sinha

Tags : A Touch of Evil, Book Launch, Dhruv Somani, Initiative, Me Too, Me Too Campaign, Me Too Movement, MeToo, MeToo Campaign, Poonam Sinha, Shatrughan Sinha, Slams