Malaika Arora and Arjun Kapoor are going as strong as ever! They have been making a lot of public appearances lately and have been dropping hints about their ROMANCE and subsequent marriage. The rumour first started on the sets of Malla’s good friend Karan Johar’s Koffee With Karan sets. KJo kept teasing her about ‘walking down the aisle’ and though Malaika and Arjun came individually on the show, they sort of confirmed seeing each other. Now, the grapevine is rife with rumours about the two getting married in April. Malaika and Arjun have brushed these reports off as ‘RIDICULOUS’ but there is a report that the couple is indeed getting married pretty soon and they want it to be an extremely private affair. They have apparently asked their staff to keep themselves free during that time and have also asked them explicitly to NOT leak any information anywhere. After the church wedding they are planning to have a party for their industry friends. 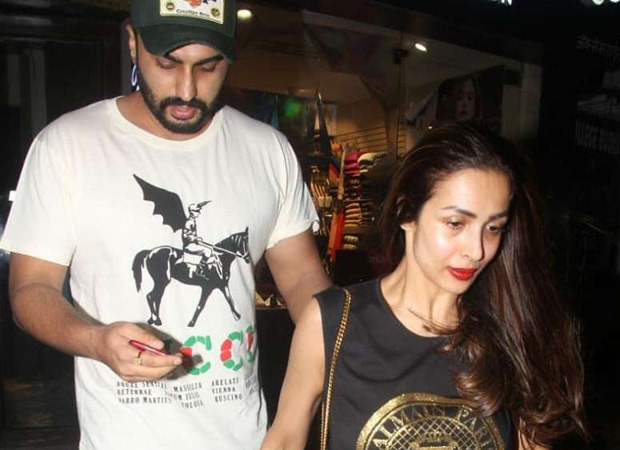 Arjun on KWK had said that he is ready for marriage now after Karan asked him how he feels exactly that his contemporaries are married or are thinking about the same. He had said that earlier that he was not ready but now he is all set to begin this new phase in his life with the woman of his dreams.

Arjun Kapoor is currently shooting for Ashutosh Gowariker’s Panipat along with Kriti Sanon and has been sporting a bald look and a mustache for the same.