Ajay Devgn who is basking in the success of Total Dhamaal is all set to floor us with a variety of on screen characters this time around. While he will be doing a comic caper, De De Pyaar De, he will be seen in intense roles of Tanaaji Malusure – a valiant Maratha soldier – and of course, football coach Syed Abdul Rahim in his biopic directed by Badhai Ho maker Amit Sharma. The latest update on the film is that the makers have finalised who will be Ajay’s leading lady in the film. They have roped in none other that South actress Keerthy Suresh for the film. The actress has delivered a super hit with South film Mahanati and is considered perfect for the role of Ajay’s wife in the movie. It is going to be a conservative love story where Suresh will play a very important role in the film. Sharma wanted someone with a strong screen presence to play this character with elan and he has finally got his leading lady with Keerthy. 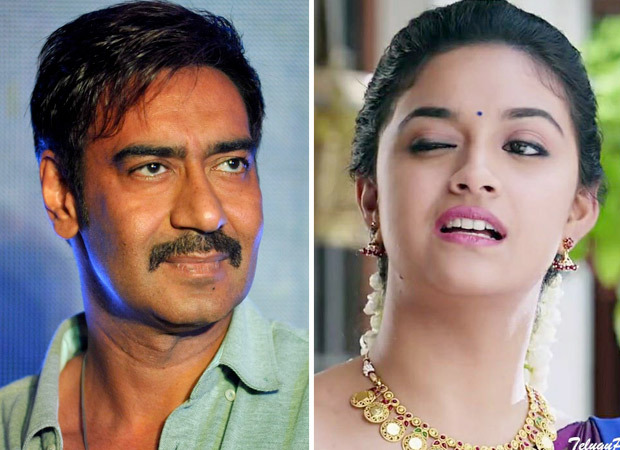 Ajay has been busy with Tanaaji: The Unsung Warrior’s shoot and production. The first look from the film garnered a lot of praise for the actor and we are waiting for the film since then. Interestingly, Kajol is going to be a part of Ajay’s film as well and so is Saif Ali Khan who is set to play antagonist in the film.

Meanwhile, production plans have been drawn out for a shoot in Delhi, Lucknow, Kolkata and Mumbai, plus the makers are deciding upon a location between Jakarta, Melbourne and Rome.