Last Updated 01.10.2022 | 10:10 AM IST
feedback language
follow us on
Bollywood Hungama » News » Bollywood News » Koffee With Karan 7: Vijay Deverakonda breaks silence over relationship with Pushpa star Rashmika Mandana; says, “She is a darling and I am really fond of her”

The popular chat show Koffee With Karan hosted by none other than filmmaker Karan Johar returned a few weeks back with its seventh season. While Karan himself was pretty kicked about resuming the show, this time on OTT, the audience too were eagerly awaiting the release of the new episodes. After featuring Akshay Kumar – Samantha Ruth Prabhu, Sara Ali Khan – Janhvi Kapoor, and Ranveer Singh – Alia Bhatt, the latest episode of Koffee With Karan 7 featured the South breakout star Vijay Deverakonda and his Liger co-star Ananya Panday. Between the two the episode featured everything from stoic responses to over-the-top entertainment. But what caught our attention was Vijay talking about Pushpa: The Rise actor Rashmika Mandana and the relationship he shares with her. 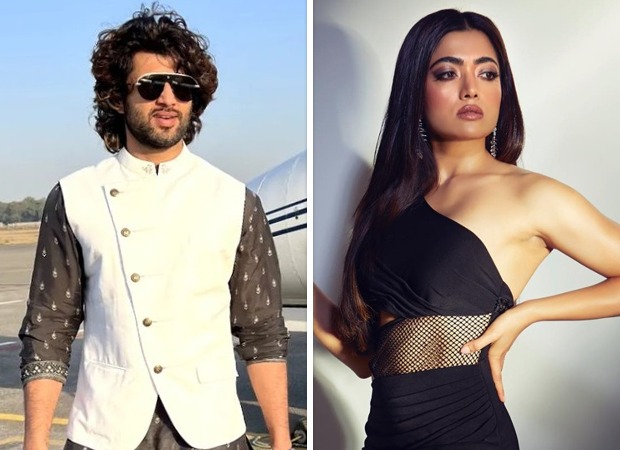 Koffee With Karan 7: Vijay Deverakonda breaks silence over relationship with Pushpa star Rashmika Mandana; says, “She is a darling and I am really fond of her”

It came as no surprise when Karan Johar grilled Vijay about their relationship, especially since the two (Vijay and Rashmika) have been spotted together on multiple occasions. Responding to the query, Deverakonda managed to keep things under wraps saying, "We have done two films together at a really early stage in my life. She is a darling and I am really fond of her. We are really good friends. We share so much through films, lots of highs and lows. A bond gets created."

Continuing further Karan prodded Vijay on his secretive attitude towards relationships. Replying to Karan the Liger actor added, “I will say it out loud; until then I would not like to hurt anyone who adores me. So many people love you as an actor and have your poster on their walls, on their phones. They give me so much love and appreciation; I don’t want to break their hearts.”

On the work front, Vijay Deverakonda is currently gearing up for his Bollywood debut Liger. Also starring Ananya Panday the pan-India film is directed by Puri Jagannadh.

Also Read: Koffee With Karan 7: Vijay Deverakonda confesses that he has had sex in a car; responds to Karan Johar’s question by saying, ‘desperate times’