Kiara Advani who shot to fame with her crackling performance in Karan Johar’s Lust Stories, will now be seen with Shahid Kapoor in Arjun Reddy remake, Kabir Singh. The songs and promos of the movie are getting great response from the masses and well, Kiara clearly is a current favourite! She has now signed a fun, light hearted movie called Indoo Ki Jawani. 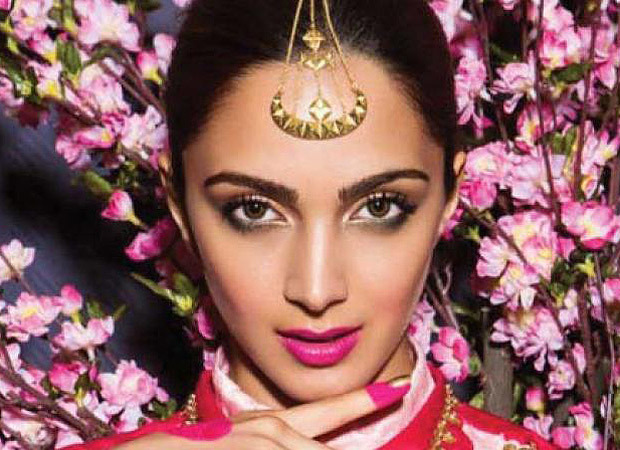 Indoo Ki Jawani will be produced by Nikkhil Advani, Niranjan Iyengar and Ryan Stephen. The movie is written by Abir Sengupta and has the chronicles of a lively young girl Indoo from Ghaziabad and her dating MIS-ADVENTURES! The movie will have the protagonist Indoo Gupta, played by Kiara, unknowingly creating a riot by swiping and left and right on a dating app.

Informed Nikkhil, "Sometime ago, my daughter Keya came to my office and while looking at the posters of the films we have made so far asked why all of them had only men and not women. Around this time, I heard this story about a female protagonist that Niranjan and Ryan brought to us and fell in love with. We are glad to have Kiara on board for the project."

Ryan said, "The movie is young and funny, pure at heartland and sends the right message home, making it the perfect debut for us as producers."

Excited about her first female centric film, Kiara informs, "Indoo is edgy, lovable and quirky. It's really exciting and relevant because the story is set in today's time. This is a special script and Nikkhil and I were meant to do it together. I can't wait to start shooting the film."

The movie is based out of India’s heartland and it will have Kiara speaking in a completely new dialect. She said that she is taking workshops to get it right. The movie is slated to go on the floors in September and therefore she has a bit time to prep herself. It will be awesome to see Kiara in a sweet, edgy and completely new avatar with Indoo Ki Jawani.

Also Read: Kiara Advani speaks up on the botox rumours