Excel Entertainment managed to succeed into the unknown territory of South films and their first collaboration proved out to be a profitable one. Going unconventional with KGF [Kolar Gold Fields], a multi-lingual film starring Kannada superstar Yash, the film seems to have done brisk business at the box office. And now, let us remind you that this action film was created with the intention of having three different parts [read chapters]. Now that the first chapter has garnered immense interest, the second chapter too will be in the pipeline and it was confirmed by the producer himself, Farhan Akhtar. 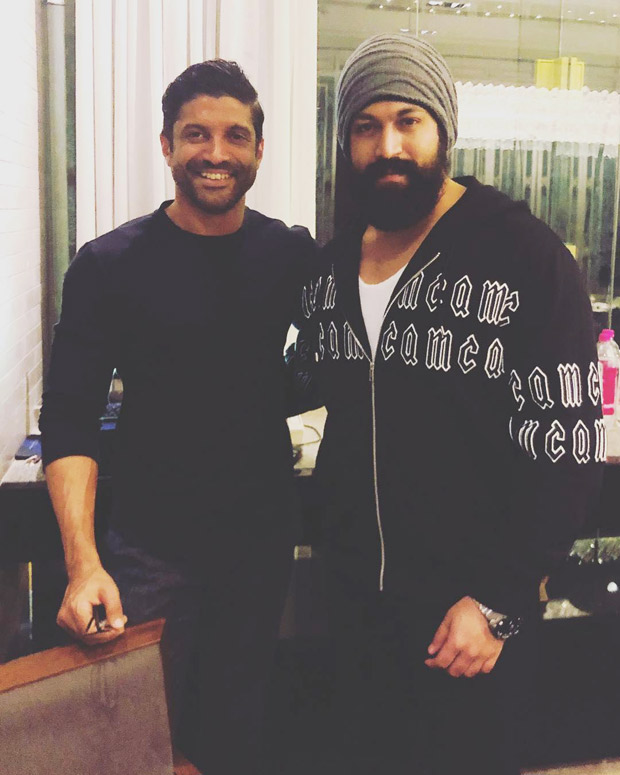 Readers would be aware that Farhan Akhtar and his partner Ritesh Sidhwani decided to extend their wings and tap the South industry with KGF Chapter 1. The duo is now all set for a sequel and how do we know for sure? Well, Farhan shared a picture with their hero Yash on Instagram where he expressed about how much he is looking forward to start with Chapter 2 of KGF.

“Celebrating the love you all have shown KGF with the rocking @thenameisyash .. here’s looking forward to Chapter 2. #filmhasnoboundaries,” read the recent Instagram post of Farhan. Coming to the film, it is expected to be a continuation of the first part and will take off from where it had left. KGF Chapter 1 also featured Srinidhi Shetty, Ramya Krishnan, Nassar in pivotal roles and was directed by Prashanth Neel. It released on December 21 this year.

Celebrating the love you all have shown KGF with the rocking @thenameisyash .. here's looking forward to Chapter 2. #filmhasnoboundaries

111.5k Likes, 326 Comments - Farhan Akhtar (@faroutakhtar) on Instagram: "Celebrating the love you all have shown KGF with the rocking @thenameisyash .. here's looking..."

Further details on the sequel are yet to be revealed. As of now, if reports are to be believed, Farhan Akhtar is probably working on another famous franchise – the Shah Rukh Khan starrer Don 3. Besides that, Akhtar too has a few acting commitments. Keeping in his mind his hectic work schedules, it is yet to be seen as to when KGF Chapter 2 will go on floors.