KGF aka Kolar Gold Fields has become one of the biggest releases from South in 2018. The multi lingual action drama set against the backdrop of mine fields not only did brisk business in India but the film has been making news even internationally. Reports have it that KGF featuring Yash as the protagonist has been released in Pakistan. 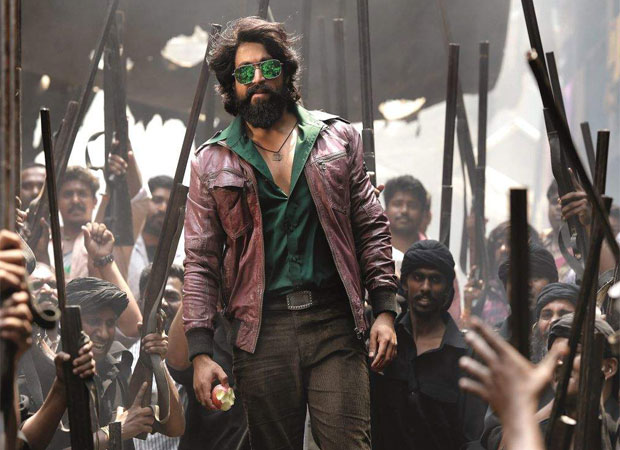 In fact, KGF has now become a record breaking Kannada film as it becomes the first commercial Kannada film to release in Pakistan. It is also considered to be one of the biggest achievements for the South industry in general as before this it was only the multi-lingual 2.0 that was released in the neighboring country.

If that wasn’t all, reports are also confirming that the film has been receiving a good response abroad. If these reports are to be believed, the Hindi dubbed versions have released in Lahore and Islamabad, earlier on Friday. Even though the distributors are yet to receive figures, there are reports confirming that the response for the film by far at multiplexes have been positive. It is quite similar to the way the rest of India has reacted to the film.

The reason behind this is touted to be resonance. It has been learnt that the audiences in Pakistan has been able to connect to the film and the subject of mining too has been one of the factors that seem to be drawing them to the theatres.

KGF aka Kolar Gold Fields is a series of franchise and Bollywood’s popular banner Excel Entertainment ventured into Kannada films with this one. The film also stars Srinidhi Shetty, Ramya Krishnan, Nassar, Anant Nag amongst others and it released in India on December 21. Directed by Prashanth Neel, the film also featured item numbers by Mouni Roy and Tamannaah Bhatia.