Kareena Kapoor Khan has clarified on the pregnancy rumours. The actress has been spending time in London with Saif Ali Khan and her two sons Taimur and Jeh. As she has continued to post glimpses from their vacation on social media, she has also addressed the rumours on the internet about her pregnancy. 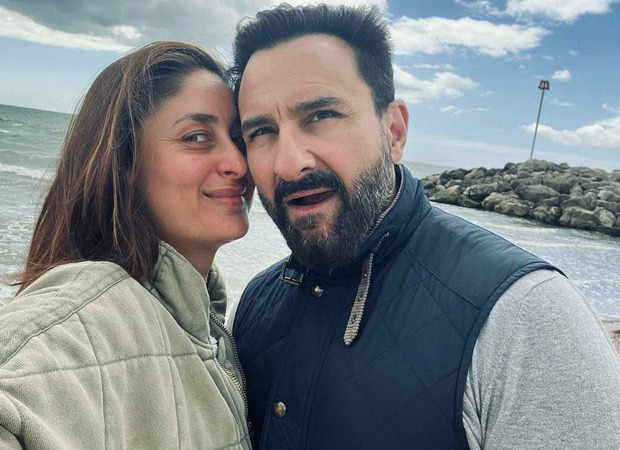 Kareena Kapoor Khan denies pregnancy rumours: ‘Saif says he has already contributed way too much to the population’

The actress shared a post on her Instagram stories and said that it was "pasta and wine". Kareena revealed Saif Ali Khan's hilarious response saying, "It's pasta and wine guys.....Calm down... I am NOT pregnant... ufff... Saif said he has already contributed way too much to the population of our country... Enjoy... KKK." 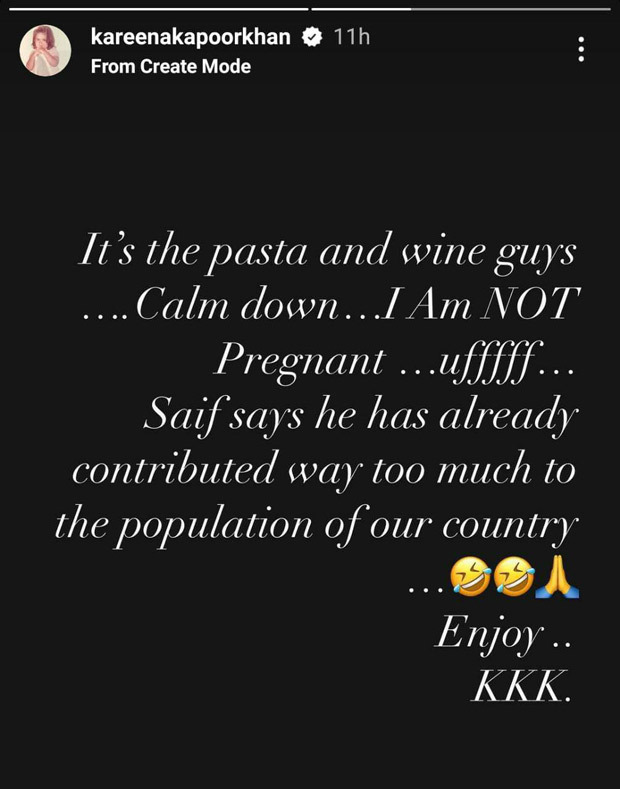 On the work front, Kareena will next be seen in Laal Singh Chaddha, opposite Aamir Khan. The film is set to be released in theatres on August 11. She also wrapped up the shoot for Sujoy Ghosh's adaptation of the book, The Devotion of Suspect X before leaving for the vacation.