Kareena Kapoor Khan has been having a gala time for quite a while now, holidaying with her family in Europe. The Laal Singh Chaddha actress has now shared fresh glimpses from her recent visit in Italy. 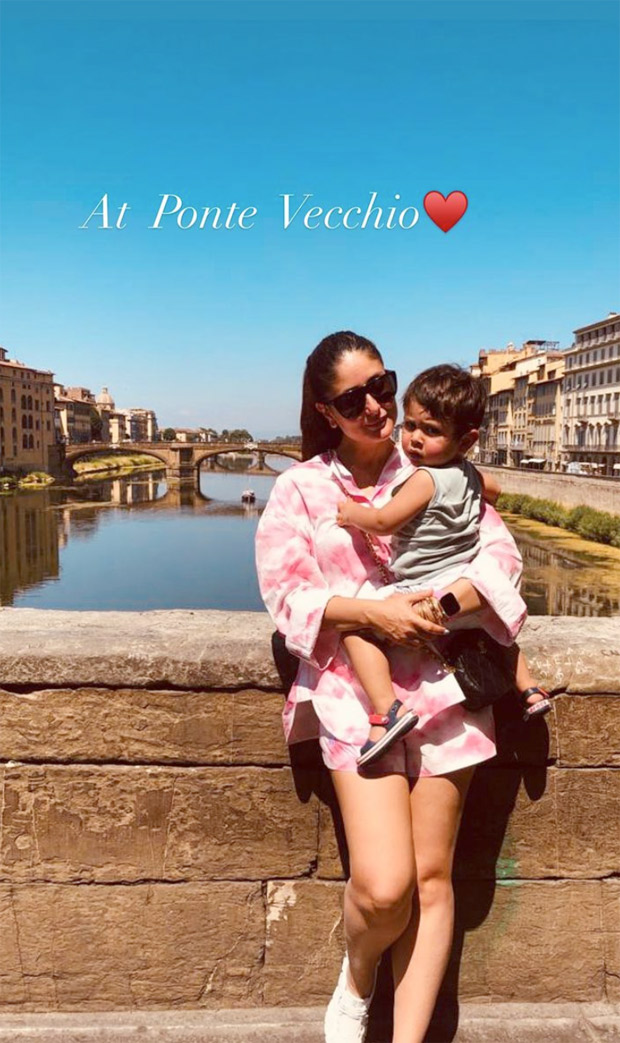 Kareena, who stepped out with her second son Jeh, shared pictures from her recent visit to Ponte Veechio, a scenic arch bridge over the Arno River, in Florence, Italy. Donning pink co-ords as she stood by the Arno River with Jeh,, Kareena wrote on her Instagram stories, “Life is beautiful at Ponte Veechio.” 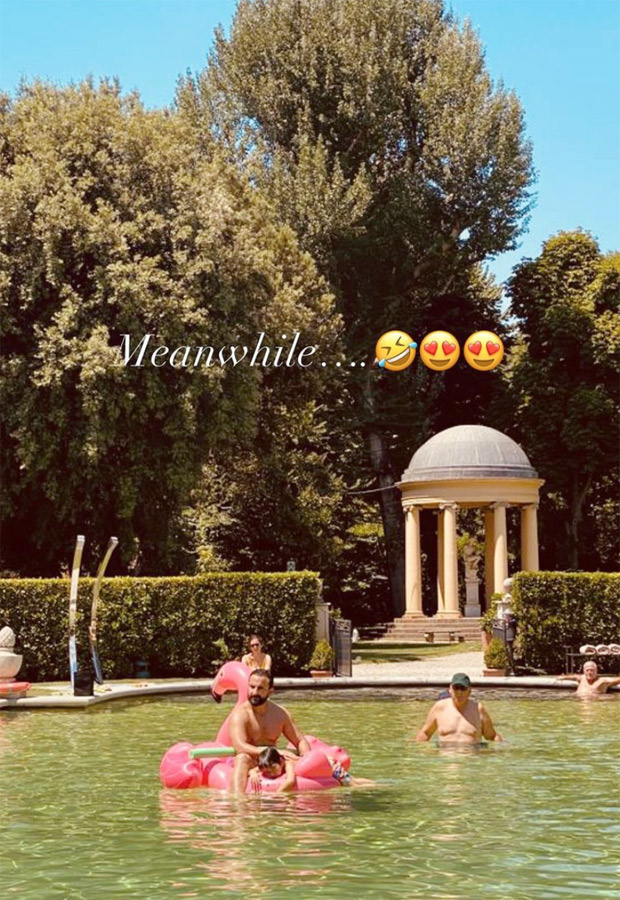 In one of the pictures, she is seen posing by the river, with Jehangir sitting in his pram. A picture also shows her holding her one-year-old in her arms as they both get clicked by the bridge. Meanwhile, in her next story, the actress shared a glimpse of what husband Saif was upto during the time. 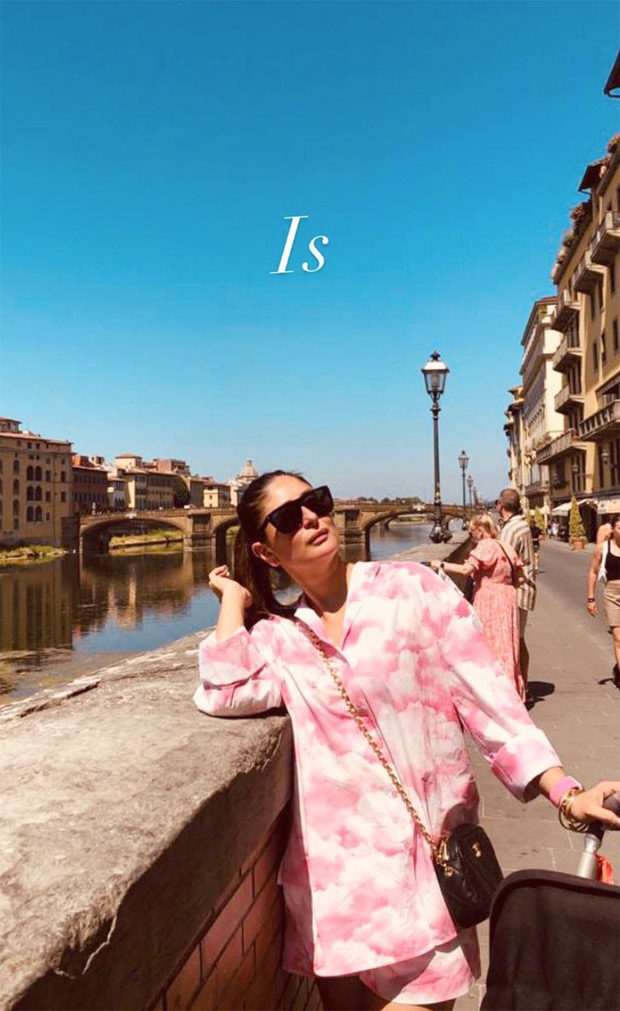 She posted a picture of him sitting on an inflated duck, along with elder son Taimur, as they enjoyed themselves taking a dip in the pool. She captioned the picture, “Meanwhile…” with couple of laughing and heart-eyes emojis. While Kareena had family time with her kids and husband, she was also joined by several other family members like Alia Bhatt, Neetu Kapoor and more. 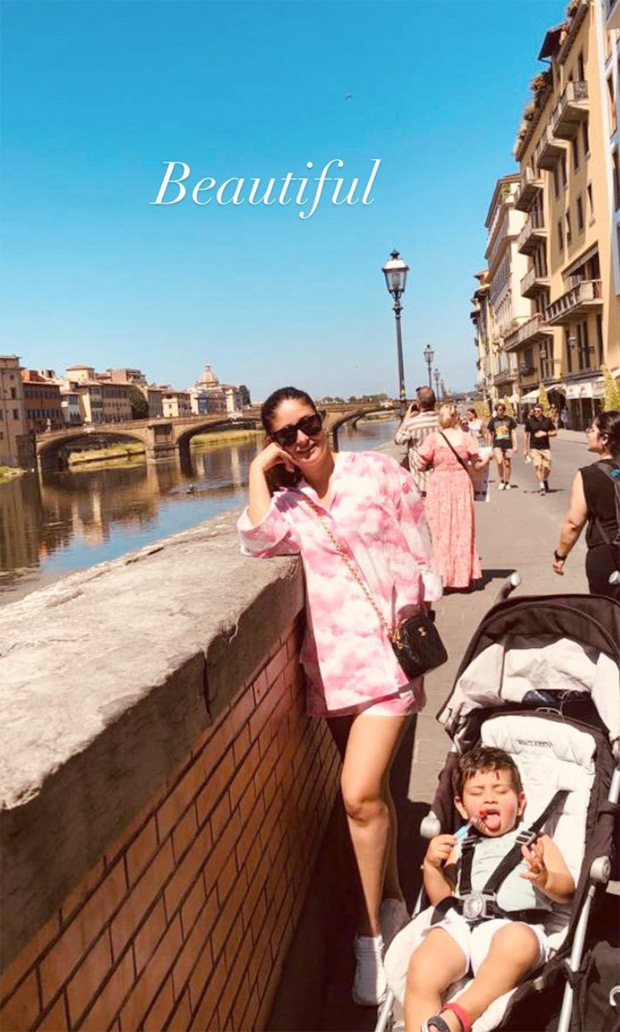 On the work front, Kareena will next be seen in Laal Singh Chaddha, opposite Aamir Khan. The film is set to be released in theatres on August 11. She also wrapped up the shoot for Sujoy Ghosh's adaptation of the book, The Devotion of Suspect X before leaving for the vacation. Meanwhile, Saif also wrapped up the shoot of his film Vikram Vedha, which stars Hrithik Roshan. 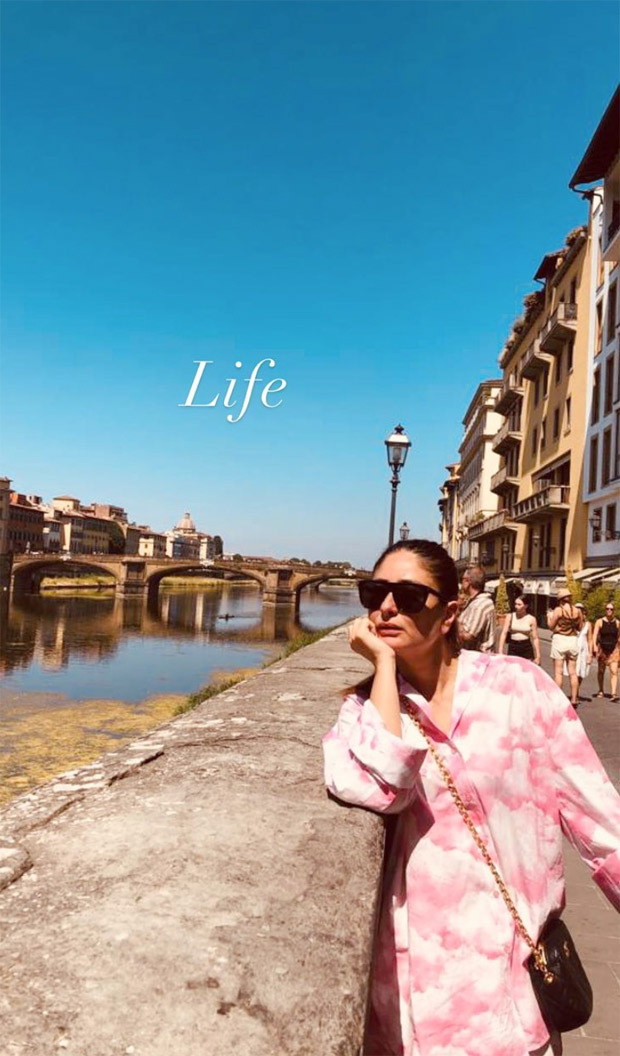 Also Read: Kareena Kapoor Khan shares photos from the beach as she gets kiss from Saif Ali Khan at English Channel, see pics