Kalank trailer was launched today and it was as grand as it can get. By the looks of the trailer, the movie is depicting royalty and is redefining grandeur. The star cast had come together today to launch it and they all looked absolutely stunning donning traditional outfits. The star cast includes Alia Bhatt, Varun Dhawan, Sonakshi Sinha, Aditya Roy Kapur, Madhuri Dixit, Sanjay Dutt and Kumal Kemmu. 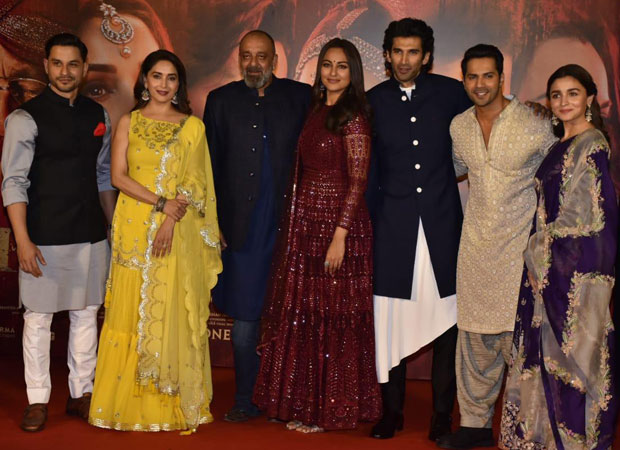 When Varun Dhawan was interacting with the media, he revealed a fact that left us all shook. We all know that the movie is under Karan Johar’s Dharma Productions banner, there was a time when KJo was supposed to direct the film. Varun said, “It was a time when Karan Johar was supposed to direct this film, and the cast was totally different. But when this story was given to Abhishek to direct, it became different.”

Also Read: Kalank Trailer Launch: Varun Dhawan opens up about the behaviour of his character Zafar