Finally! Karan Johar officially announces his epic magnum opus and pulls off an unbelievable casting coup. We will see Madhuri Dixit and Sanjay Dutt in one frame along with a host of other big stars including Alia Bhatt, Varun Dhawan, Sonakshi Sinha, Aditya Roy Kapur! Director Abhishek Varman who helmed 2 States is all set to direct the epic drama set in the 1940s is titled Kalank. The film which was incepted 15 years ago by Karan Johar and his dad Yash Johar has found its way and will be now released on April 19, 2019. The stellar starcast includes Madhuri Dixit, Sonakshi Sinha, Alia Bhatt, Varun Dhawan, Aditya Roy Kapur and Sanjay Dutt. This film also marks the collaboration of Fox Star Studios, Dharma Productions and Nadiadwala Grandson Entertainment - the 3 best producers of this time. 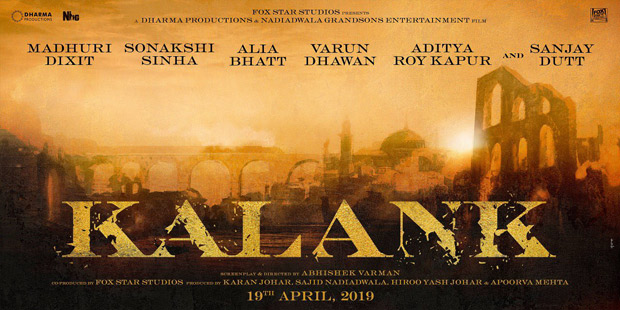 Confirming this Karan Johar says, "Kalank has been an emotional journey for me! A germ of an idea that I had nearly 15 years ago...a film that was in a pre production stage helmed by my father...am now proud to Pass it onto the extremely capable and visionary hands of our director Abhishek Varman! A beautifully structured story by Shibani Bathija and an exceptionally fluid narrative and screenplay by Abhishek.

Sajid Nadiadwala adds, "18th April 2014, 2 States had released...18th April 2018 Kalank begins its journey...this multi starrer with a story will cross all borders, under the capable direction of Abhishek Varman. It be historic in the true sense of the word...I am genuinely happy to be back with the team Fox Star and Karan Johar..this film is special to all of us!!" 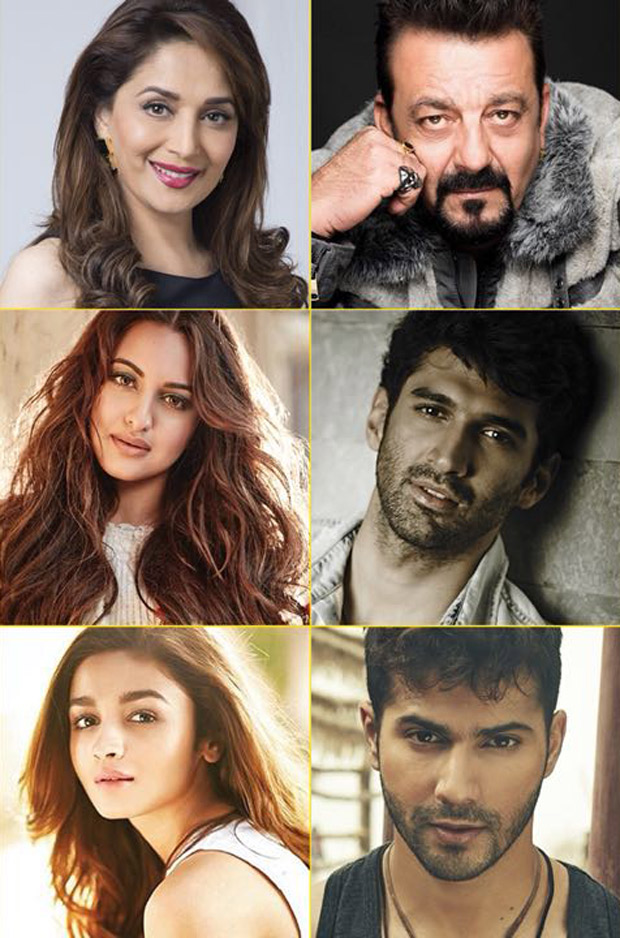 Vijay Singh of Fox Star Studios says, "Our creative and strategic partnership with Dharma Production and Nadiadwala Grandson Entertainment, the power houses of industry has been successful and rewarding. Our association with Dharma gave us an excellent opportunity to be associated with 100cr hits like Badrinath Ki Dulhania and Ae Dil Hain Mushkil and with NGE we presented back to back blockbusters - Judwaa 2 and Baaghi 2. We at Fox Star Studios are proud to be presenting Kalank, a movie with stellar and power packed cast of today’s era. With Karan Johar and Sajid Nadiadwala coming together it will be a path breaker and great team to work."

The film will go on floors by the end of April.