Jr NTR dubs in his own voice for S. S Rajamouli's magnum opus RRR in as many as four languages, including Hindi, Telugu, Tamil, and Kannada. The Rajamouli directorial is the superstar's first multilingual pan-India film and it marks the first time he dubbed in Hindi, Kannada, and Tamil. The Aravinda Sametha actor who commands stardom worldwide made every possible effort to nail the diction, intonation, and voice modulation so that his colloquial slang doesn't sound unfamiliar in the three languages (Tamil, Kannada, and Hindi). 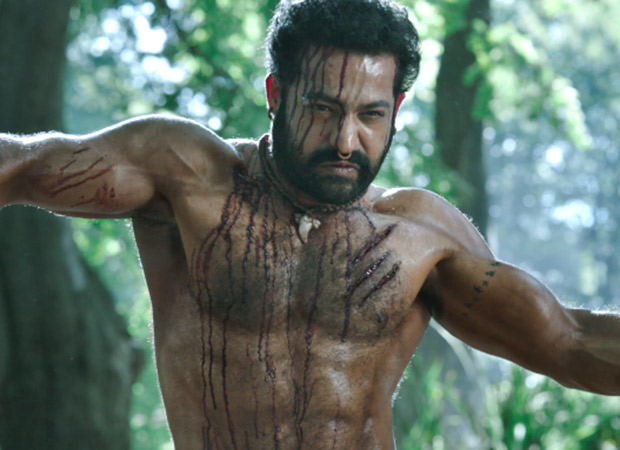 Jr NTR dubs in Hindi in his own voice for the first time for S. S. Rajamouli’s RRR

It was Rajamouli, who wanted Jr NTR to dub in the four languages. The latter took up the challenge; not to mention he's a stickler for authenticity and he was determined to lend his own voice to the character he will be seen essaying. It is learned that the actor has been dubbed as anyone with an impeccable grasp on Tamil, Kannada, and Hindi would. Not long ago, Jr  NTR floored the national media with his flawless Hindi at the trailer launch of RRR. The media cheered and hooted as he charmed them while recounting his experience of working with Rajamouli and embodying the character of a freedom fighter.

The superstar wowed us with his commendable acting prowess in the trailer of the upcoming film. He will be seen essaying the role of Komaram Bheem, a freedom fighter and the protector of the Gond tribe. His fans wait with bated breath to watch him play a fearless hero, who locks horns with a tiger. Their excitement is sure to scale up as they learn that he'll be dubbing across four languages.

Directed by the incontestable powerhouse S. S. Rajamouli, RRR marks the fourth collaboration of the filmmaker and NTR Jr. The superstar has gone to extreme lengths right from performing dangerous stunts to putting on weight in a short span of time. The forthcoming film stars the biggest names of the Indian movie industry including Ram Charan, Ajay Devgn, and Alia Bhatt.