John Abraham has finally begun shooting for his upcoming action-entertainer titled Attack. The film also stars Jacqueline Fernandez and Rakul Preet Singh in pivotal roles and has been in the news for all the right reasons since its announcement. The film is based on a rescue mission led by a lone ranger officer played by John Abraham. 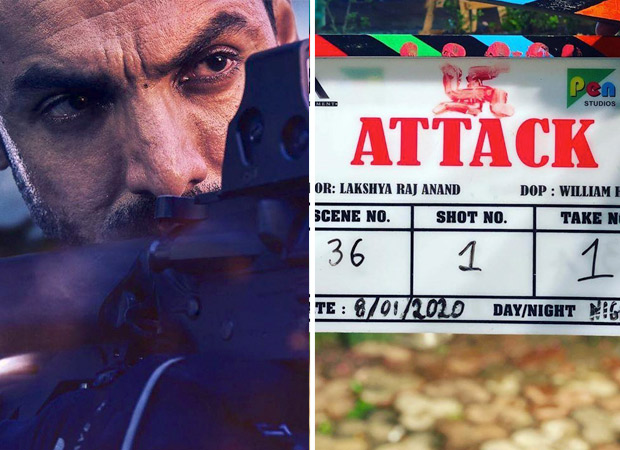 Since the movie is written and directed by debutant, Lakshya Raj Anand and is produced by John Abraham’s JA Entertainment, the project is really special for the actor. He will be seen reuniting with Jacqueline Fernandez after Dishoom and will share the screen space with Rakul Preet Singh for the first time. Sharing a picture of the clapboard on his Instagram, John informed his fans that he has begun shooting for the film.

Slated to release on August 14 this year, Attack is surely going to be one of a kind.