Kangana Ranaut is gearing up for yet another release where we will see her dawn on the role of a mother in the sports drama movie Panga. The film is also giving a break to a reality show Indian Idol 11 singer Sunny Hindustani. After his performance went viral on social media, music composer Shankar, Ehsaan and Loy reached out to him for a song in Ashwiny Iyer Tiwari’s film. 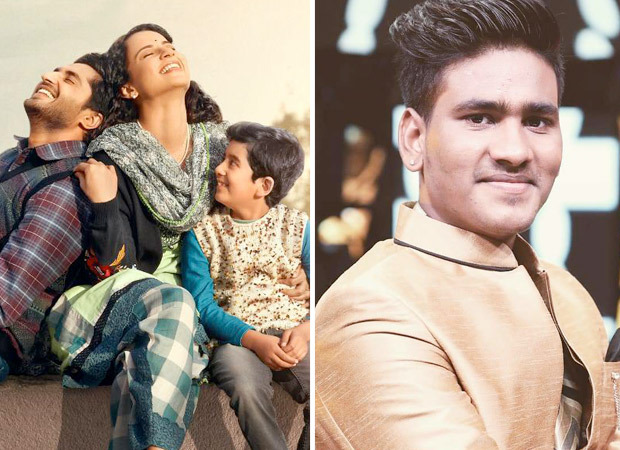 Sunny Hindustani of Indian Idol season 11 who is known as the rooh of Nusrat Sahib has been grabbing a lot eyeballs since his auditions not only for his fabulous singing skills but for his struggle as well. That how his life changed from being a person who used to shine people’s shoes to be one of the most loved contestants of the singing reality show Indian Idol. Recently he sang a song for the upcoming movie Panga starring Kangana Ranaut directed by Ashwiny Iyer Tiwari. This big news was revealed in the upcoming episode of Indian Idol.

It was also revealed that Shankar Mahadevan the music director of the movie was in awe of Sunny’s voice and loved the way he sang. Not only him the profound lyricist Javed Akhtar also found Sunny’s voice very melodic.

Sunny being grateful to Indian Idol said “I am really thankful to Indian Idol and Sony Entertainment for giving me stage so that I can showcase my talent. Not only them I am thankful to Ashwiny Iyer Tiwari ma'am, Shankar sir and Javed Sir to encourage me when I was recording the song. It was one of those opportunities ever singer waits for and I have gotten this opportunity so early in my life. I feel so blessed. I cannot express my gratitude towards everyone who supported me in my journey."

Directed by Aswini Iyer Tiwari, Panga also stars Neena Gupta, Jassie Gill, Richa Chadha, and Yagya Bhasin. Panga is based on the story of a national-level kabaddi player and will showcase the story of a woman who decides to pursue her dream of playing Kabaddi after a long time. The movie will be releasing on January 24, 2020.