Ishaan Khatter, who made a debut this year with Karan Johar's Dhadak, sure is pretty decisive and ambitious about his future projects. An insider has revealed that Ishaan was apparently offered a movie by Anurag Basu which is a multi starrer and based on the 2007 hit Life In A Metro. The movie is basically about couples living in a metro and challenges faced by them in doing so. Though it is not clear as to why Ishaan is not too keen for this project, he sure knows where his priorities lie! Furthermore, Taapsee Pannu, who was one of the leads too has opted out of the project, citing date issues. Now, even this bit of news is not confirmed yet but we've been told that the actress is no longer able to do the film. 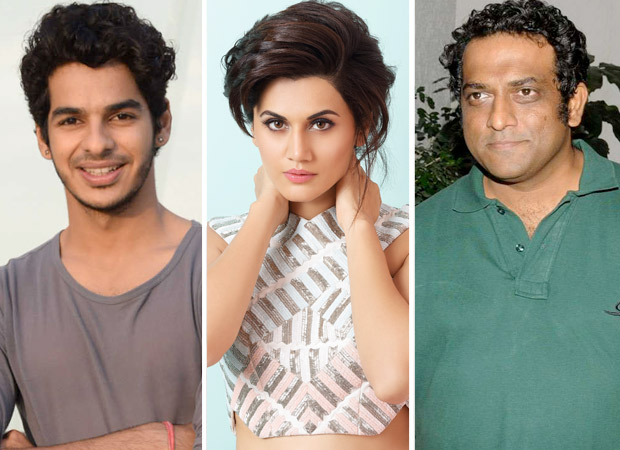 It was reported previously that the star cast of the Anurag Basu’s next includes Saif Ali Khan, Abhishek Bachchan, Rajkummar Rao, Sonakshi Sinha, Taapsee Pannu and Ishaan Khatter in the lead. But looks like Ishaan and Taapsee have now backed down from this film for reasons best known for him. Let's see who fills in their shoes!

The 2007 release film had an impressive star cast which were from diverse genres. This time too the star cast will have a curious blend which will pique our interest. The original 2007 film was also multistarrer with the names like Kangana Ranaut, Konkona Sen Sharma, Shilpa Shetty, Nafisa Ali, Dharmendra, Shiney Ahuja, Kay Kay Menon, Sharman Joshi and Irrfan Khan. The makers have refused that the new movie is a sequel but it will have an essence of the 2007 film.