Akshay Kumar starrer Housefull 4 is easily one of the highly awaited films of this year made on a massive budget. The film revolves around the reincarnation of the characters. This comedy flick includes Kriti Sanon, Kriti Kharbanda, Pooja Hegde, Bobby Deol, Riteish Deshmukh among others. The trailer was launched this afternoon in presence of fans and reporters where Akshay revealed the whopping budget of the film. 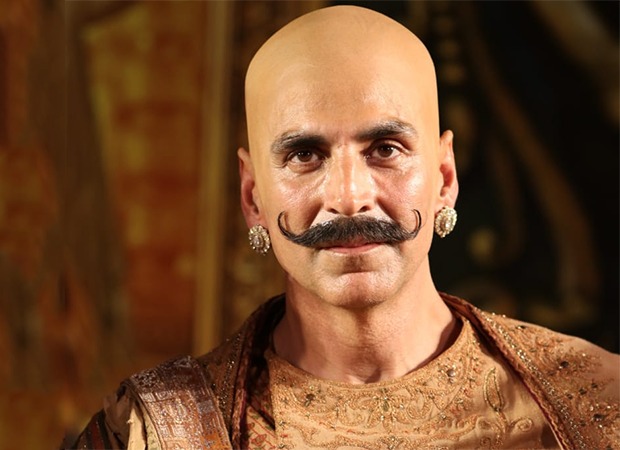 The entire cast attended the trailer launched dressed as their characters from 1419 era. At the trailer launch on Friday, Akshay Kumar revealed, “Firstly, you need a lion’s heart to make a film of this scale. We had Fox Star Studios and Sajid Nadiadwala with us. They have lion’s heart because of which such big films can be made. It is difficult to make a film like this, there are a lot of problems when making a film, getting so many actors on board and involving them in a story. If all the actors, technicians and members work with fun and joy, then these problems are easily conquered. ”

“This film was completed 8-9 months ago. But, VFX took a while. Since the film required that kind of VFX. We approximately completed this film within 60-70 days,” he added.

When someone from Melbourne asked whether the budget of Housefull 4 is more than Bahubali, Akshay Kumar said, “Definitely not. We finished this film in 65-70 days. So, the budget of the film is very different from that (Bahubali). I think we have made this film between Rs. 80-85 crores.” He further quipped, “And whatever was given by Fox Star Studios, I have taken it all.”

Housefull 4 is a multi-period drama where we will see the cast in their present lives which will be the reincarnation of their lives from over 600 years ago. The comedy of errors stars Akshay Kumar, Riteish Deshmukh, Bobby Deol, Kriti Sanon, Pooja Hegde and Kriti Kharbanda in double roles.