Akshay Kumar starrer Housefull 4 which is a multi-period drama also starring Riteish Deshmukh, Bobby Deol, Kriti Sanon, Pooja Hegde and Kriti Kharbanda. The trailer of the reincarnation comedy was unveiled this afternoon in which we saw the actors in their traditional avatars from 1419 era and present day. 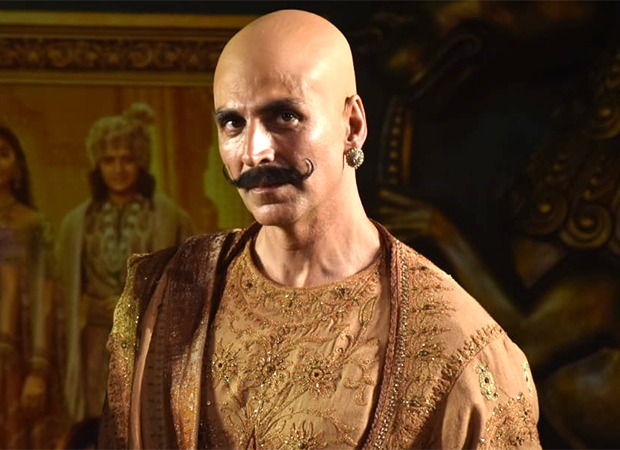 At the trailer launch, when asked if he has done anything to offend Karni Sena since he is playing an historical role in this film and Prithivraj Chauhan in the next one. He responded, “Please aap rehne do na, aapko shanti achi nahi lagti. Koi aisa koi problem nahi hai madam, toh main aapse darkhast karta hoon haath jodke ki aisa kuch na kare. Acchi bhali aapki industry chal rahi hai, aapne zabardasti kuch karna hai yeh sab. Kya faida? (Please, let it be. You don’t like peace, I guess. There is no problem as such madam, so I request you to not say anything. Film industry is doing well, why forcefully create trouble?”

While he is playing a ruler in Housefull 4, he is set to star as Prithviraj Chauhan in his next film. When asked whether it is on similar lines and whether it will affect his next film, he said, “Nahi koi asar nahi padega usme. Yeh (Housefull 4) bahut alag film hai, woh (Prithviraj Chauhan) bahut alag film hai. Iss film ke beech mein aur uss film ke beech kareeban char aur aa jayenge filmnein (No, it won’t affect anything. This film is different from the other one. Between this film (Housefull 4) and that film (Prithviraj), four more films will release).”

Housefull 4 is presented and produced by Sajid Nadiadwala's Nadiadwala Grandson Entertainment and co-produced by Fox Star Studios. Directed by Farhad Samji, it is slated to release on Diwali 2019.