There's been an influx of release date announcements from production houses as the Maharashtra government permitted 100 percent capacity in theatres. From Bollywood to South films to Hollywood, there are also some big-budget clashes set at the box office in 2021. 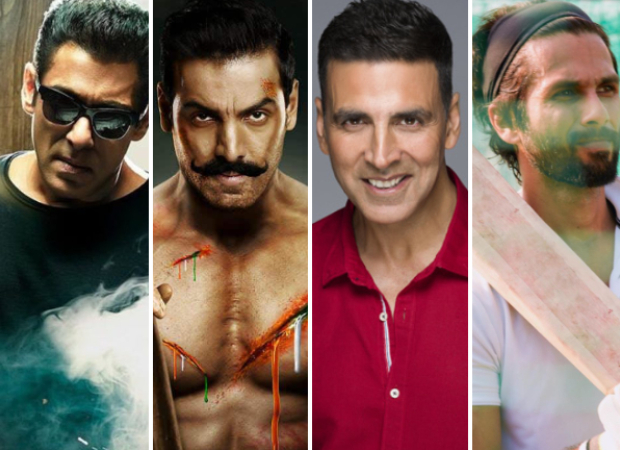 From Radhe vs Satyameva Jayate 2 to Prithviraj vs Jersey, 8 huge clashes at box office in 2021

Starting with March clashes - John Abraham and Emraan Hashmi's Mumbai Saga vs Sandeep Aur Pinky Faraar staring Parineeti Chopra and Arjun Kapoor. Both films have been delayed by a year but now set to face off on March 19 in theatres.

We have Eid 2021 releases Radhe - Your Most Wanted Bhai vs Satyameva Jayate 2. Both the films are highly anticipated and fans expect nothing but high octane drama and action from Salman Khan and John Abraham, respectively. Both the films were delayed by a year amid the pandemic and the clash is inevitable. Radhe also stars Disha Patani, Randeep Hooda, Jackie Shroff and is directed by Prabhu Dheva while Satyameva Jayate 2 marks the return of Divya Khosla Kumar on the big screen with Milap Zaveri helming the project.

The fourth clash is between Ranveer Singh's much-awaited sports drama 83, based on World Cup 1983, and The Conjuring: The Devil Made Me Do It. Both films are releasing on June 4, 2021. Ranveer dons the role of cricketer Kapil Dev in Kabir Khan's film!

Then comes the fifth clash with two biopics on real-life heroes releasing on the same day - Siddharth Malhotra's Shershaah and Adivi Sesh's Major. Dharma Productions, on February 20, announced Sidharth Malhotra and Kiara Advani starrer Shershaah is set for July 2 release. The Captain Vikram Batra biopic is headed to clash with Major celebrating the life of Major Sandeep Unnikrishnan, who martyred in the tragic Mumbai attacks of 26/11. The latter is bankrolled by Sony Pictures Films India in association with Mahesh Babu's GMB Entertainment and A+S Movies. On the very same day, the highly anticipated sequel Top Gun: Maverick starring Tom Cruise is hitting the theatres in India.

Independence Day weekend is the big day. John Abraham has his eyes set for Attack on August 13 whereas superstar Allu Arjun is coming up with Pushpa on the same day!

One of the biggest clashes is happening during Dussehra. SS Rajamouli's RRR starring Jr. NTR and Ram Charan along with cameos from Alia Bhatt and Ajay Devgn will face off Ajay Devgn's sports drama Maidaan. The films are set to release on October 15, 2021.

Diwali 2021 is set for a clash between a historical drama vs a sports film. Akshay Kumar's Prithviraj based on Prithiviraj Chauhan will hit the screens and faces off Shahid Kapoor's Jersey, Hindi remake of Nani's film with the same name. The historical is being bankrolled by Yash Raj Films and marks the debut of Manushi Chhillar.

Overall, the film is industry and theatres are trying to get back on their feet but not without major tough competition at the box office!