After sharing a few glimpses of the look of the upcoming film of RSVP finally, it has been revealed that Taapsee Pannu is going to star in the film. In one of the posts, RSVP unveils the character's name that is, Rashmi. While the makers were posting about the same,  the lead actress Taapsee Pannu also shared the same glimpses and finally unveiled the face of the character. The film is titled Rashmi Rocket. 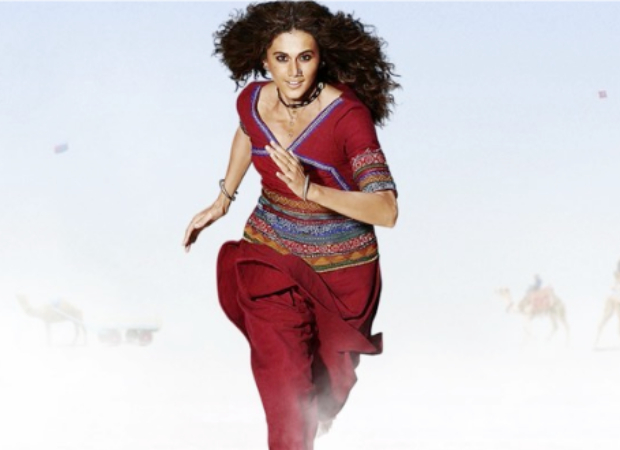 Sharing the recent post makers described, "She broke through the shackles of traditions to fulfill her dreams". The actress will be essaying the role of an athlete in the film and the teaser images were released on National Sports Day.

RSVP's next Rashmi Rocket will revolve around a sprinter Rashmi, who hails from Kutch and how the villagers called her Rocket. When she finally receives an opportunity to showcase her talent, she has to face many hurdles. Directed by Akarsh Khurana, this is not based on any real-life sports personality.

An eye that’s aiming for the finish line will see through all odds....

Feet that are rooted in the ground but aim to cross boundaries because no dream is too big.