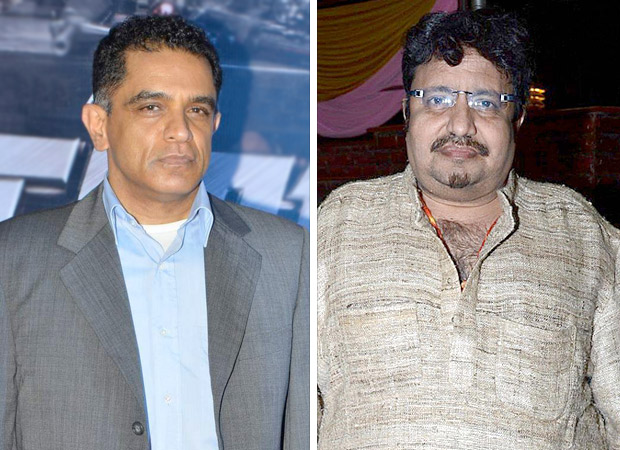 For all the flak and adverse press the producer Firoz Nadiadwala has received over the years, here is an absolute and unquestionable antidote. For the past one year he has been looking after all the medical expenses of comatose filmmaker Neeraj Vora who fell ill and was given up for almost-dead by the doctors until Firoz stepped in.

Since that fateful day, Neeraj Vora occupies a special room in Firoz’s bungalow where the ailing writer-director is attended by a fleet of medical experts, nurses, dieticians and well-wishers.

Reluctant to talk about his astonishingly noble deed, Firoz says, “It will be one year on October 19 since I got Neeraj to my home in Mumbai from AIIMS in Delhi where the doctors had declared he would be dead in a few hours. Quite frankly, I don’t know what powers made me do what I did. I couldn’t leave him to die. He had nobody to look after him. Neeraj does have a brother. But he is financially incapable of shouldering the responsibility. I’ve known Neeraj for 12 years. We’ve worked together in several films and we’ve shared a close bonding. How could I leave him there to die? How would I’ve lived with myself if I had been so callous?”

Firoz still recalls that fateful day when he decided to step in and save his friend’s life. “As I said the doctors at AIMS had given up on him. I don’t know what got into me. I immediately hired an air ambulance to bring Neeraj from Delhi to Mumbai. I have to confess my heart was in my mouth. If Neeraj had passed away during that journey from Delhi to Mumbai, or even after landing I’d have been in serious legal and moral trouble. Luckily God was on my side. He willed that Neeraj live and I be the tool to save his life. I sincerely believe we are all instruments of God brought to earth to do HIS will.”

Neeraj Vora has been slowly recovering under Firoz’s care. “I’ve set aside a room in my house for him. That’s been his home for the past year. The room has pictures of his parents. His father used to play an instrument called the Veena. We have that music playing in his room. We have the Hanuman Chalisa recited for him…All that is familiar to Neeraj is there for him. Plus there are four attendants—two each for the day and night shifts—to look after him round the clock, a dietician, neuro-surgeons, a cook who lives close by and cooks all the special food that Neeraj has to be fed through his stomach (he can’t eat through his mouth yet)….Under all this care, Neeraj is slowly recovering. Inshallah, one day soon he will be fully recovered. We also have a Criticare hospital right next to my home for emergencies.”

Firoz wants to thank all those who have been inquiring about and visiting Neeraj. “Aamir Khan, Akshay Kumar, Ashutosh Gowariker and Neeraj’s friend Mandeep Desai have all been constant visitors during the past one year. Aamir and Akshay come regularly and place their hands on Neeraj’s head. Everyone’s prayer has worked. Neeraj is recovering. I want to thank all of them.”

Firoz feels no sense of greatness in doing what very few would do. “Arrey, what else could I have done? Left him to die? This is the only option I had. I’ve not done anything great. Anyone in my place would have done the same. You think not? Then I don’t know. It seems the right thing to do for me.”

As for his reputation for bounced cheques and other trespasses, Firoz says, “People have spoken about a few lakhs that I owed them. No one has spoken about the crores that are owed to me. People forget that money is of no use when your luck runs out. I want my fraternity to help build a fund for technicians and artistes who are in distress.”