We had reported that Sanjay Leela Bhansali, who recently announced Baiju Bawra, had offered the title role to his favourite Ranveer Singh. Now, in a latest development, we have heard that after the talks with Ranveer and the filmmaker fell through, Bhansali had approached his Guzaarish actor, Hrithik Roshan, to play the classical singer Baiju Bawra. After giving some deliberation to the thought (and SLB’s narration), Hrithik has agreed to do the film. The duo will reunite after nine years as Guzaarish released in 2010. 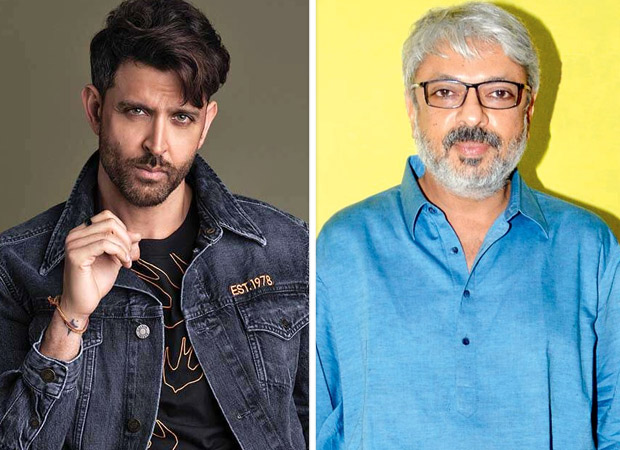 Says a trade source, “Few know that Hrithik and the filmmaker have been holding meetings for the last few days. SLB loved the actor's performances in Super 30 and War and reached out to him post his last release. Hrithik loves Bhansali's work and is keen to work in a period drama again. Till now Hrithik had given his nod only to his father Rakesh Roshan’s superhero action drama, Krrish 4, but he loved Bhansali’s script. In a hush-hush development that happened on Saturday night (November 2) at the filmmaker’s home, Hrithik agreed to do Baiju Bawra. The formal signing will take place within the next few days along with a proper announcement.”

The source adds that apparently, talks with Ranveer and the acclaimed filmmaker fell through when date issues arose and that Ranveer was also doing another period drama. “Ranveer will be busy shooting for another period drama, Takht, directed by Karan Johar, which itself requires a lot of prep and is based during the Mughal era. Baiju Bawra is a pure musical and a dramatized version of the story of the uniquely talented classical singer Baiju Bawra who defeated the legendary musician Tansen, at a musical duel, held in the court of Mughal Emperor Akbar. While the filmmaker had offered the lead and title role of the young Baiju Bawra to Ranveer Singh, apparently things didn’t work out as Ranveer didn’t have dates next year. Baiju is a passionate, emotional, deeply vengeful and yet intensely romantic character and Ranveer needs a lot of prep before every role. The filmmaker also requires a lot of time from his actors before and during the shoot and Ranveer’s date diary is choc-a-bloc as of now with Takht and YRF’s Jayeshbhai Jordaar. There’s speculation too that Ranveer may make a surprise appearance in Rohit Shetty’s next part of the Golmaal franchise which rolls next year.”

Baiju Bawra will start later next year after SLB’s next Gangubai Kathiawadi, starring Alia Bhatt, is complete and Krrish 4 too. The source adds that as the movie is about a young and extremely talented dhrupad singer-composer by the same name, Hrithik too would need to prep a lot for the role. “He would require a certain amount of training and knowledge as a singer and musician as Baiju was called bawra because of his deep love for classical music. Baiju Bawra, challenged composer, musician and Hindustani classical vocalist Tansen, to a singing duel, to avenge the death of his musician father, at the court of Mughal Emperor Akbar. When Tansen's sentries tries to stop Baiju's father from singing, and he dies in the struggle, he makes the young Baiju promise to take revenge against Tansen. Apparently, Priyanka Chopra has been approached to play Baiju’s romantic interest. She holds an edge as she’s an internationally acclaimed singer in her own right.”

Tansen was known as one of the Navratnas or Nine Jewels of Mughal Emperor Akbar’s court. Baiju won the competition against Tansen and impressed Akbar too. After his father’s death, Baiju met his teacher Swami Haridas, and trained in a gurukula. He later became one of the court musicians of Maan Singh Tomar of Gwalior after he left the court of the Raja of Chanderi. Then he became of the musicians of Raja Mansingh Tomar’s court. Legends say that Baiju Bawra could melt stone, light oil lamps by singing Raag Deepak, create rain by singing the raags Megh, Megh Malhar, or Gaud Malhar and bloom flowers by singing raga Bahar.