Thugs of Hindostan has proved to be one of the biggest disasters of this decade as neither the producers nor the actor and not even the exhibitors have made money from this magnum opus starring Aamir Khan, Amitabh Bachchan film directed by Vijay Krishna Acharya. The only party for whom the film has proved to be a profitable venture are the sub-distributors of YRF who distributed the film on commission basis, as it has been the norm for all their films. Before getting into the actual issue, let us first explain the business model of Thugs of Hindostan. 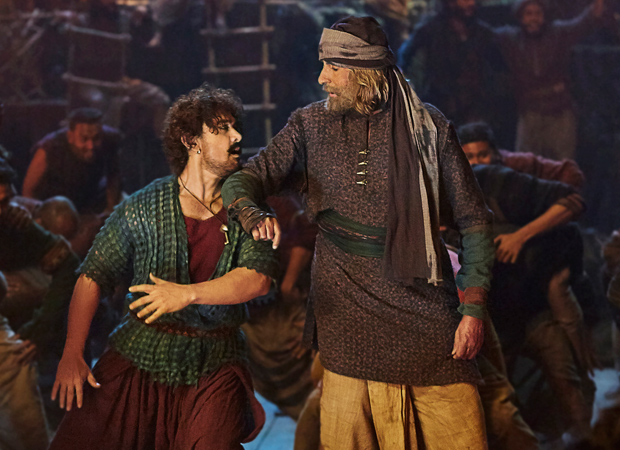 EXCLUSIVE: Exhibitors of Thugs of Hindostan in mental trauma; demand REFUND against the Minimum Guarantee

This is the uniform scenario all across the country and the same has resulted in a lot of exhibitors going into a MENTAL TRAUMA and SEVERE DEPRESSION. We spoke to exhibitors who had bought the film out of trust on Aamir Khan and Brand YRF, however, due to the dismal content, they felt cheated and totally let down. “We had lost a similar amount on Tubelight as well, however Salman Khan refunded us the money. We plan to approach our territory distributors to claim refund because we know that they have made ample monies from this film due to the minimum guarantee contracts. We hope our message reaches out to Aamir Khan and YRF, who will help us get back our money from the territory distributors,” said a trade source.

Another source revealed that this scenario is different from films like Tubelight and Jab Harry Met Sejal because in those cases, the producers had made humongous profits. However this time around, even the producers have lost money and it is only the sub-distributors who have managed to get some amount of money as they entered into a several contracts with exhibitors. While the exhibitors across the country have lost around 50 to 60% of their investments, the producers Yash Raj Films too have lost a substantial sum of their investment. However, they still stand a chance to enter into a break-even situation if the film performs well in China.