After slaying at the recent award show with the best of her looks, Deepika Padukone is all set to attend the Paris Fashion Week for the brand Dior. The Paris Fashion Week is happening on the 24th of September which is an occasion for designers to yet again present their collection for spring/summer 2020 and the Chhapaak actress has already flown off to Paris. 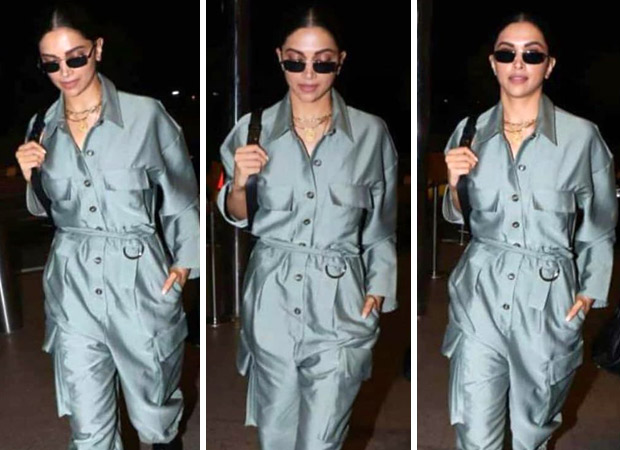 Deepika Padukone is known for turning out every look of her into the runway style now the actress is all geared up to attend the Paris Fashion Week for the brand Dior. It's no surprise that her recent airport outing sent paps into a tizzy as she was seen wearing a chic jumpsuit in ash grey and complimented her look with funky eyewear.

Deepika is known for her versatile choice of films and her role for Chhapaak of Laxmi is proof that the actress is a perfect blend of a critically and commercially proven actor who has essayed a variety of strong and powerful roles. She has actively been involved in prepping for both the characters and is grasping the nuances so as to get into the skin of both which also happen to be in stark contrast with each other.

The year 2020 will be special as both her upcoming films are releasing in the same year and interestingly, both the characters Laxmi Agarwal and Romi Dev are real-life characters with the heavy background behind them, making it a year of promising portrayals by the actress.

Also Read: Deepika Padukone reveals why she agreed to do the role of Romi Dev in ‘83