Salman Khan has just released Bharat on Eid, which has made record breaking business already! Meanwhile, Khan has his eyes on his next big film already and we can’t keep calm. He has already shot considerable amount of portions of Dabangg 3 and will very soon wrap this project up. According to the latest buzz, along with Mouni Roy, Salman has roped in another actress for a special item number and it is none other than the LoveYatri actress, Warina Hussain. 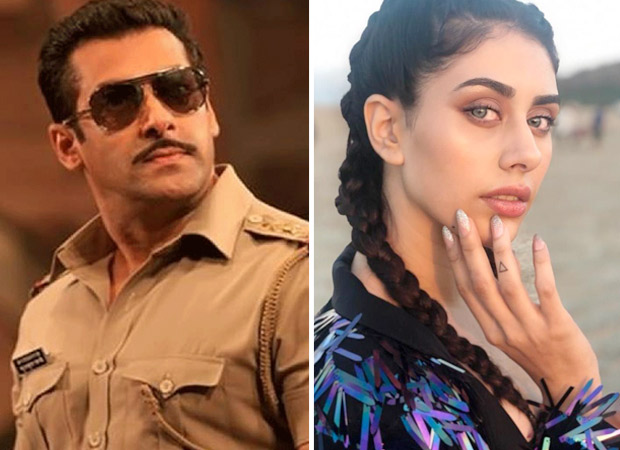 Dabangg 3: Salman Khan ropes in this starlet for a special DANCE number

Warina and Salman have already shot for this special item number and had a lot of fun shooting the same. The song was shot at Mehboob Studios where the sets of modernized dhaba were created. The track was choreographed by Vaibhavi Merchant and composed by Sajid-Wajid and sung by Kamaal Khan. The shooting was completed in four days. In this song, Salman tries to woo Warina.

Earlier, news had come that Mouni Roy has been roped in to do 'Munni Badnaam Hai' reprised version. The song was supposed to be on the lines of the famous ‘Munni Badnaam’ track and it was going to feature Mouni doing some super sexy moves along with Salman who will do his classic hook step.