While Sudeep has been one of the biggest actors of the Sandalwood industry aka the Kannada film industry, he became quite popular in Hindi after his film Makkhi [dubbed version of Eega] became quite successful. The actor will now play a pivotal in a full-fledged Bollywood film and guess what? He will share screen space with superstar Salman Khan in the latter’s most successful franchise Dabangg in its third instalment Dabangg 3. 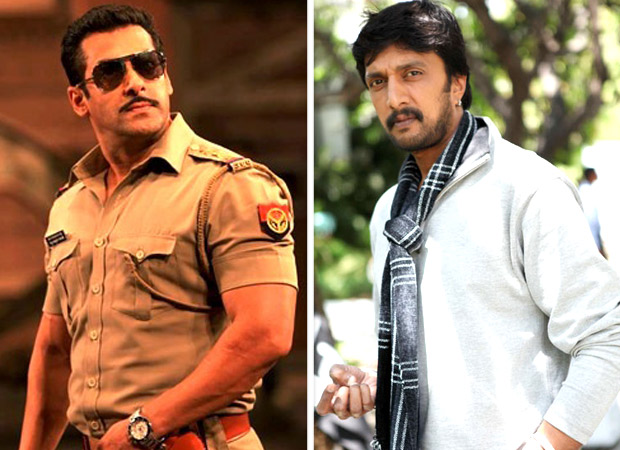 Not too long ago, we had reported that Dabangg 3 is all set to go on floor soon once Salman Khan wraps up his Eid 2019 release Bharat. Reportedly, the third instalment of this Chulbul Pandey cop drama is expected to kick off in April. As for the franchise, the film will retain its leads including female lead Sonakshi Sinha. However, this triquel will be directed by Prabhu Deva unlike the other two films which were directed by Abhinav Kashyap and Arbaaz Khan respectively.

If reports are to be believed, Sudeep has already been approached for the role and the Kannada superstar is also expected to have given a nod for the film. However, he has to sign on the dotted line yet apparently. There are also rumours about Telugu actor Jagapati Babu playing another baddie in the film but the official announcement on that front is yet to be made.

On the other hand, speaking about Sudeep’s character, reports claim that the game between the hero and the villain will be like Tom and Jerry clashes and the actor will have some interesting shades of grey. It is also being said that Salman and Sudeep have always bonded off screen over body building and films and that they have even discussed about collaborating with each other in the past. They eventually decided to finalize on the script of Dabangg 3 wherein they will be working with each other for the first time.

Also Read: Will Salman Khan and Ranbir Kapoor clash at the box office in 2019 with Dabangg 3 and Brahmastra?