Following the footsteps of younger brother, Ekta Kapoor has opted for surrogacy and become a mother to a baby boy, Ravie Kapoor. Ekta's baby was born on January 27 and is perfectly healthy. The producer will bring the baby home soon. Congratulations are in order for the Kapoors as the family welcomes the cute new member in their family! Ekta has been very close to Tusshar Kapoor and his son Laksshya. She is often snapped with the child and loves doing the whole 'bua act’. Years of babysitting her nephew sure inspired her to have a baby of her own. 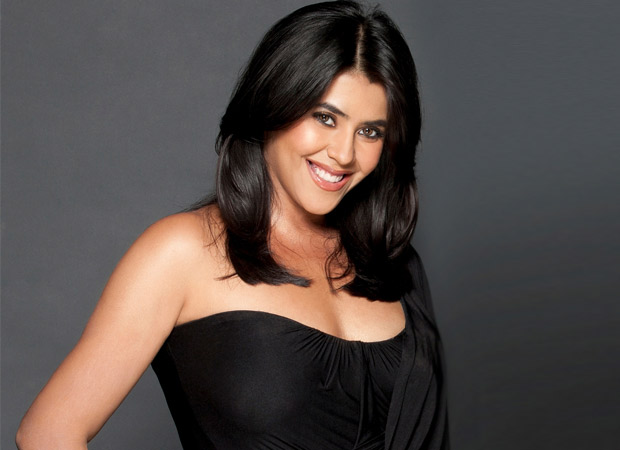 It is interesting to note that Tusshar became a single dad to opt for surrogacy in the year 2016 and even inspired Karan Johar to go for the same. Now elder sibling Ekta, who chose to stay single just like Tusshar, has opted for the same option to have a baby setting a new example. She will join the powerful brigade of single mothers in Bollywood.

Ekta Kapoor has spoken about not wanting to get married but was open to being a mother after Laksshya was born. She had said that she would opt for motherhood after she knew she was ready for it and all the responsibility that comes with it. Looks like that day has arrived! She released a statement as she shares the joy of being a mother with her fans. The best part is that Jeetendra Kapoor's real name is also Ravi. 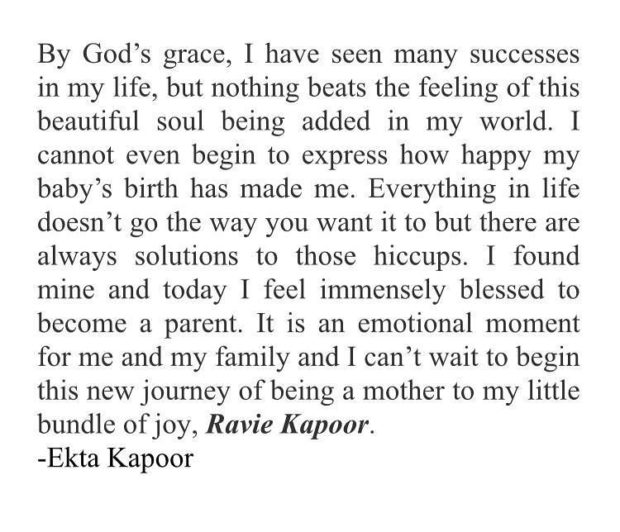 Welcome to the world, Baby Ravie!