One of the biggest releases of the year, Dabangg 3, is being readied for release. And of course before that happens, the team of the film will treat it’s audiences with an exciting theatrical trailer. After working meticulously on the nitti gritties, the producers are finally ready with grand plans for the launch. 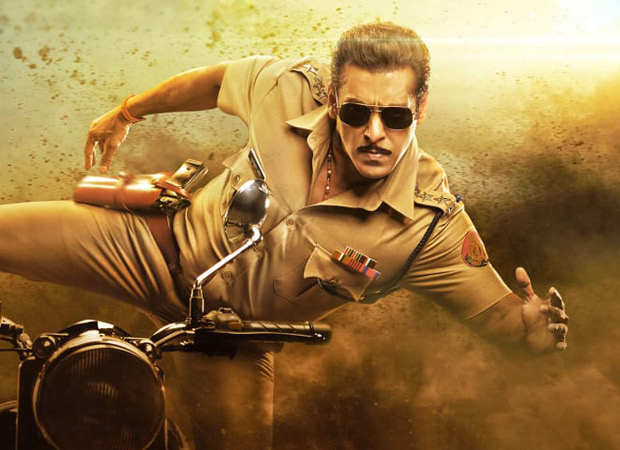 A source associated with the project says, “The much-awaited trailer of Dabangg 3 will be unveiled on Wednesday, October 23 in Mumbai. Lead actor Salman Khan will arrive in Chulbul Pandey avatar and will entertain the audiences with his antics.”

But that’s not all. Salman Khan has a special surprise for his fans in store this time, that too across the country. The source adds, “Besides Mumbai, the trailer will be simultaneously launched in nine other cities – Chennai, Bengaluru, Hyderabad, Delhi, Jaipur, Kolkata, Ahmedabad, Indore, and Lucknow. Fans of Salman will be present at the event at these cities and they would get a chance to talk to Salman Khan through video conferencing. Salman is really kicked about this film and hence he’s going the extra length this time.”

The source before signing off says, “Sonakshi Sinha, Kichcha Sudeep, and Saiee Manjrekar along with producer Arbaaz Khan and director Prabhudheva too will grace the event. The trailer will be attached with the print of Housefull 4, which releases on October 25.”