The Dubai Stars Walk of Fame, located in Downtown Dubai, is being discussed for a while now. Recently, the site was officially inaugurated and among the awardees present were actor Sonam Kapoor and singer Atif Aslam. The walk of fame presently features 400 achievers from different walks of life including film, music, literature and art, and is expected to have around 10,000 names once finished. 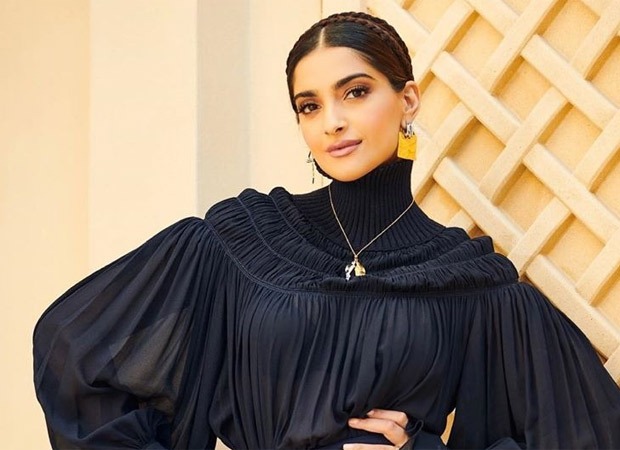 Sonam, who looked like a dazzling diva in her skirt and a chiffon high-neck top, was excited to be receiving the recognition and to be featured in the walk of fame. "I'm so excited that it's happening. I was just happy to be invited. I know that it's prestigious and cool. I haven't actually told any of my friends yet, but now I can tell them back home that it's happened," she said, at the event.

"Nothing lasts forever. That's a very Indian way of thinking. You're supposed to go away - the old has to go for the new to come. But, as an actor, you want to go down in posterity some way or the other, so it's a nice feeling. My films are pretty relevant here, so it's nice to have some recognition," the actor added, modestly stating that she didn't think of herself as a 'star'. 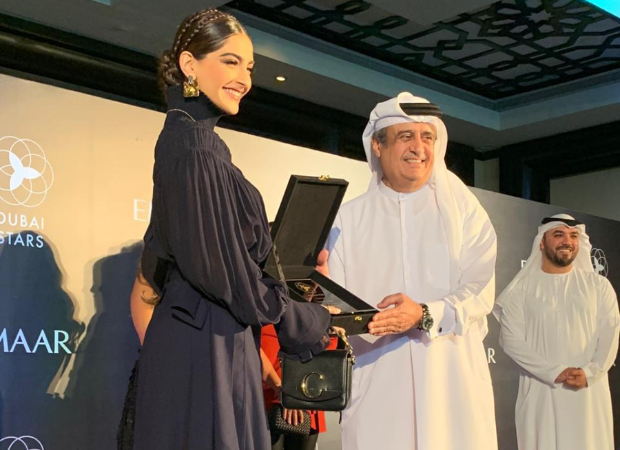 Sonam Kapoor is the first Indian actress to receive this honour amongst influencers such as Nancy Ajram, Ahmad Hilmi, Rashed I Majed, Mo Yan - A Chinese Nobel award winner and more.

"It’s a great honour to receive the Dubai star. As an artist, you hope your work reaches the widest audience and crosses borders. To be relevant and to be awarded here as well is a humbling and heartening feeling," Sonam said.

The unique walk of fame, ever since its making begun, has been making to headlines. "The Dubai Stars is a walkable star-studded experience across Downtown Dubai honouring global personalities from all walks of life on their achievements and work," Downtown Dubai General Manager, Shymma Binbrek explained.

The other stars to be also recognised at the event were Balqees Fathi, Khalid Al Amiri and Mona Zaki.