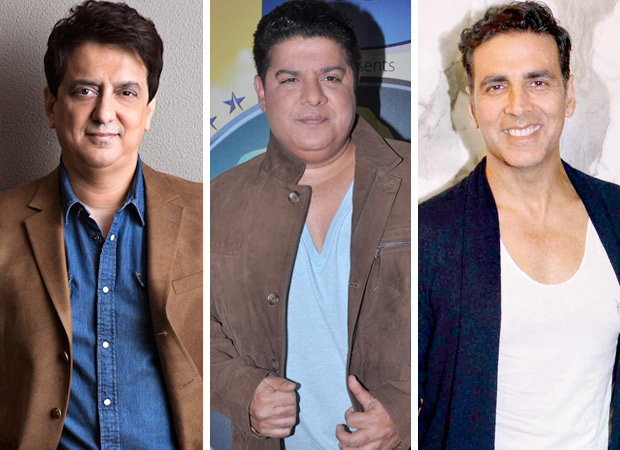 Producer Sajid Nadiadwala, who is on a huge high (again) after the super success of Judwaa 2, has announced this film which is set to be his most ambitious till date. While he has delivered quite a few 100 crore successes with big ticket arrival like Kick being at the top of his repertoire in the 200 Crore Club, Housefull 4 is special since it is a part of one of the biggest franchises in Bollywood.

What makes the film further special is the fact that it sees the return of Sajid Khan into Nadiadwala Grandson fold. The filmmaker has directed Heyy Babyy, Housefull and Housefull 2 with the production house and now with Housefull 4, he is set to be make it four in a row.

The film also sees the coming together of a unique combination - 'reincarnation comedy' - which has never been tried out in Bollywood ever. Though Housefull is known for its strong comic quotient, the inclusion of reincarnation angle is something that has been hitherto unseen. As per buzz in the industry circles, it is this very combination of reincarnation plot in comic genre that would be a major highlight of Housefull 4.

Sajid Nadiadwala and Sajid Khan have put plans in place to pitch Housefull 4 on a major scale and though murmurs are already out there in the industry circles, buzz is that the film would be one of the most expensive ever to have come out of Bollywood. That is due to sheer scale and size as per the vision that the two Sajids are carrying for Housefull 4.

That brings one to the cast of the film. Though an official announcement is yet awaited, one expects Akshay Kumar and Riteish Deshmukh to definitely join the show since they are most integral to Housefull series. As for the others in the cast, it is expected to be some more notable names that have already been lined up, the revelation of which would be made very soon.

Of course, when it comes to Housefull 4 as a film, it is set to be a massive Diwali entertainer and the countdown has already begun two years in advance.