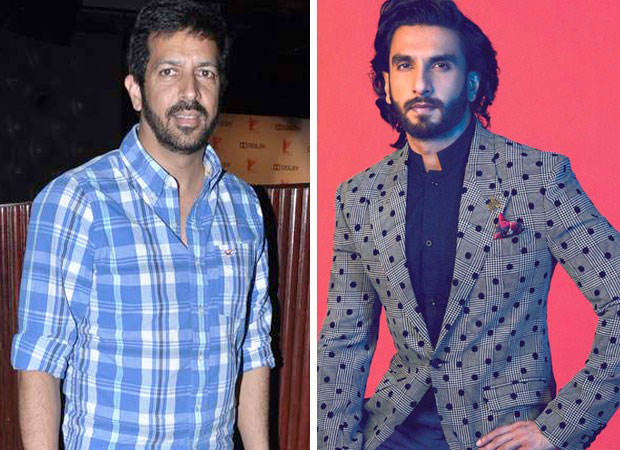 Ranveer Singh has many films in the pipeline and one of them is Kabir Khan directed '83 starring the actor as the ace cricketer and former captain Kapil Dev. Anil D. Ambani led Reliance Entertainment and Phantom Films in association with Vibri Media and Kabir Khan Films will release ’83 on April 5, 2019.

Kapil Dev led India to the emphatic World Cup victory in 1983, and in Kabir Khan's film, Ranveer Singh will be seen stepping into the shoes of Kapil Dev. Kapil has been a phenomenon who has inspired generations of people and Ranveer has delivered landmark performances with each movie.

Director Kabir Khan said, “As a young schoolboy when I watched India win the 1983 Cricket World Cup, I had no idea that from that day onwards Cricket in India will change forever. As a filmmaker, for me, the journey to that win, filled with raw energy and sheer passion of that young Indian team, is probably one of the most exciting stories I have worked on. And it’s great to have Ranveer come on board to play Kapil Dev, as honestly, I could see no one else for the role, ever since I started finalizing the script.”

Madhu Mantena of Phantom Films said, “We are extremely proud to be a part of ’83. It is a story waiting to be told. I am sure the audience across the globe will love the film when it releases on April 5, 2019.”

Vishnu Vardhan Induri of Vibri Media said, “The country needs to know the story of the first world champions. We are happy to collaborate with Phantom Films and Reliance Entertainment on ’83. Kabir Khan and Ranveer Singh coming on board only make this film much larger.”

Directed by Kabir Khan and starring Ranveer Singh in the lead, '83 follows how, under the captaincy of then newbie Kapil Dev, an ‘insignificant’ team became more than the sum of its parts and brought down the greatest cricketing giants, the undefeatable West Indies. It is about that day and all the events that lead to that moment of victory, tracking the coming of age of not just a cricketing team, but of a young nation in the eyes of the world.