After dropping the third visual teaser for 'LALISA' on September 2, K-pop female group BLACKPINK’s member Lisa is all set to perform her first solo single on American late-night television. 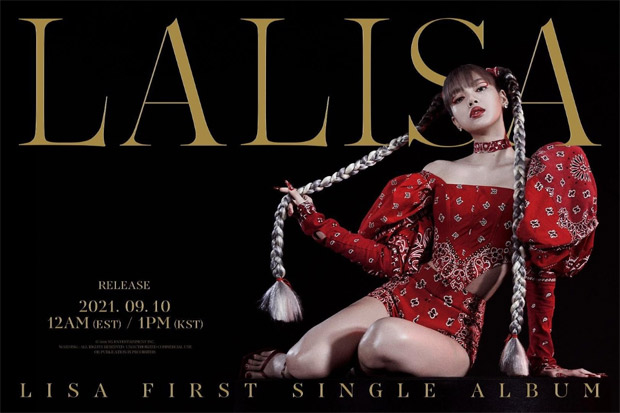 After multiple posters, a couple of teasers of the upcoming single album were released by Lisa’s agency, YG Entertainment, promising something edgy. From her outfits in the teaser to the promo stills, everything portrayed Lisa as a lone wolf, a strong and bold woman.

The tweet by The Tonight Show Starring Jimmy Fallon garnered much attention within a matter of hours. It hit 52 thousand retweets and 100k likes as fans worldwide promised that they would not miss Lisa’s performance.

Also Read: From BTS, ASTRO, TXT, RED VELVET to JAY B, STRAY KIDS and BTOB – monthly round up of Korean music releases in August 2021