Salman Khan and Priyanka Chopra still seem to be at war or it's just that the actor is still salty that she left the project last minute. The actress had to leave her comeback project Bharat a month before the film went on the floor due to her wedding plans with Nick Jonas. Katrina Kaif was stepped into the role of Kumud aka Madam sir. But, that hasn't changed Salman's view on how embarrassing it was for her to leave the project suddenly. 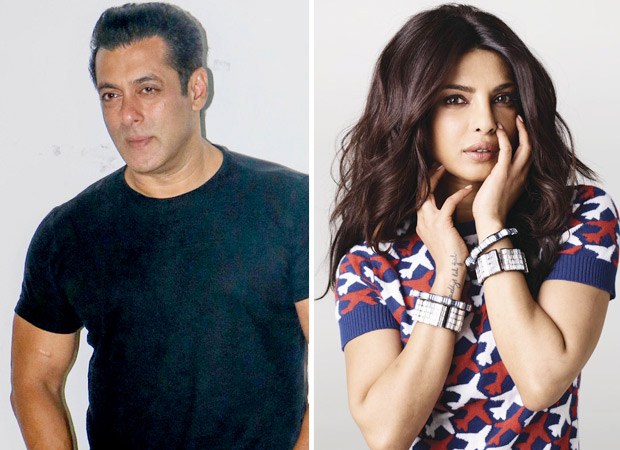 When asked whether Priyanka Chopra was a wrong cast choice for the role, Salman Khan said, “No, not a wrong cast. But initially, Priyanka was very keen to do this film. Ali (director Ali Abbas Zafar) and we all thought it was Katrina Kaif’s film. But Katrina and I did Tiger Zinda Hai just before that and Ali said that we need a girl who is ‘Hindustani’. I tried telling him, ‘Why can’t she (Katrina) pull off this role? She has been living in India for the last 20 years.’ But then Ali said, ‘Priyanka ka phone aaya tha (we got a call from Priyanka)’ and it is also true that Priyanka and my sister Arpita Khan are good friends. After all this, the ‘Nick story’ happened, the embarrassing thing happened and she chose to get married.”

Salman Khan further said, “Look, she did the right thing. She did what she wanted, and Katrina got what she deserved. She (Priyanka) informed us five days before the schedule was supposed to start... she must have thought that in this way I would get upset with her and will never work with her. She spoke to me saying, ‘Nick (American actor-singer Nick Jonas) has proposed to me and I want to get married, so there will be some date issues’. I said, ‘Sure, get married, we can adjust those two, three days. Then she said that she does not want to do the film. Usually, some people say 'Shaadi ek saal baad karenge, abhi ye picture kar lete hai (I'll get married in one year, I'll do this film first)'. But she chose to get married which I think is outstanding.”

When asked whether he was upset with Priyanka, Salman said, “This is one of the amazing things Priyanka has done. It is a gutsy thing. She’s worked so hard, I think she’s one of the most hardworking actresses in Bollywood. It is so hard to keep a career live here and there as well. And then, the most important film of her life which would take her perhaps another 10-15 years, that she has refused to get married, I mean then it is an amazing thing!”

In an exclusive interview with Bollywood Hungama earlier, Salman quipped about Priyanka choosing her personal life over her professional and said, “And she (Priyanka Chopra), over Bharat, did choose USA in the nick of time. She has worked hard all her life, okay? And when she got the biggest film of her life, she dumped that film and got married. You know, HATS OFF! Usually, people leave their husbands for films like these.”