Actor Arjun Rampal, who recently welcomed his first child with girlfriend Gabriella Demetriades, is in a blissful space in the personal front. While he is busy embracing fatherhood once more, Arjun has also signed his next film. Titled Anjaan, the project is an edgy supernatural thriller that will be directed by Amitendra Vats and will be co-produced by Raju Chadha and Rahul Mittra. 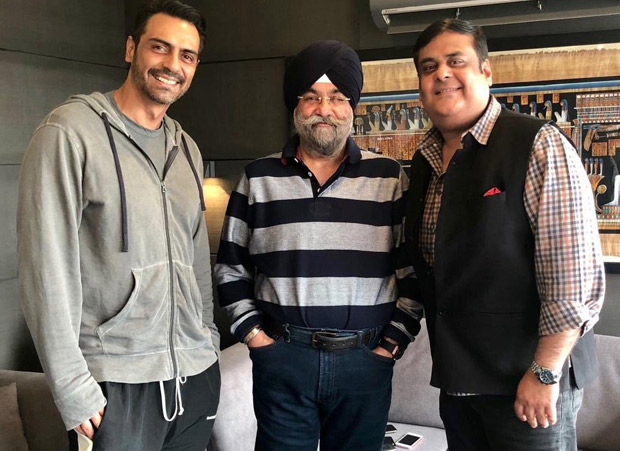 Anjaan will be revolving around the mysterious murder of three girls, in a hill station. Arjun will be seen playing a police inspector who sets off to find the killer. “Arjun was the first choice and he said an immediate yes after listening to the script, “ said Rahul, who had earlier collaborated with Arjun on Daddy in 2017. We're yet to learn about the full cast of the film.

Arjun was last seen in JP Dutta's Paltan, a war film also starring Abhishek Bachchan and Sonu Sood among others. It didn't turn out to be either a critical or a commercial success. We heard he was also part of a project titled Nastik that would again feature him as a police officer. As per reports, child actor Harshaali Malhotra of Bajrangi Bhaijaan and Priyanka Chopra's cousin sister Meera Chopra also play pivotal parts in the film.

Also Read: Arjun Rampal has the perfect response for troll who asked him to stop using Range Rover