Readers would be aware that Karan Johar is gearing up for the release of his direction Rocky Aur Rani Ki Prem Kahani featuring Ranveer Singh and Alia Bhatt. Assisting the filmmaker were some of the ambitious star kids who planning to gearing up for their debut in the industry. Amongst them was Arhaan Khan, son of divorced couple Arbaaz Khan and Malaika Arora. Recently, his actor-filmmaker father Arbaaz spoke about his Bollywood ambitious, how Arhaan is keen on learning the practical side of filmmaking and about assisting his father in Patna Shukla. 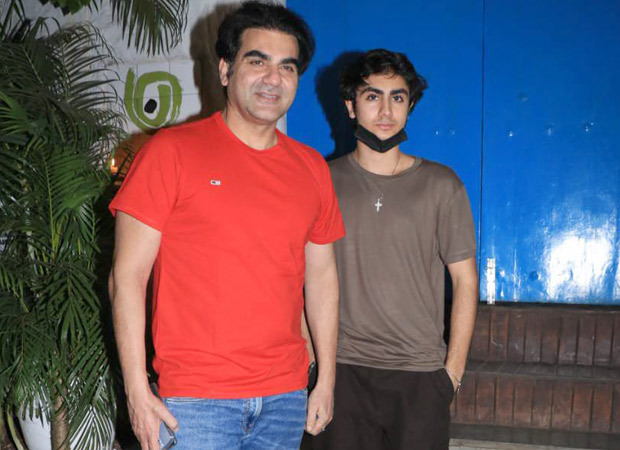 Arbaaz Khan CONFIRMS son Arhaan Khan wanting to pursue Bollywood; to assist the actor-filmmaker in his next

In an interview with Puja Talwar, Arbaaz Khan spoke about his son’s keen interest in filmmaking and how he would assisting him in his forthcoming production “I am looking forward to him coming next month and joining me on my film because he wants to also learn the practical (side of filmmaking). In fact, before he went in for this semester, he was on Karan’s film also. He did almost 20-30 days of being an assistant (director), and just being on the sets. He is now excited about being on my film now, he will be coming in December… he will join me in the last stage of my film,”

Like a proud father, Arbaaz also expressed his pride in the way his son Arhaan Khan has grown up to be independent despite being brought up in a protected environment. He continued, “My boy (Arhaan) at this point is studying in a Long Island film school, he is in his second year, first semester. He is really enjoying his time there. I was a little sceptical, worried because sometimes coming from a protected atmosphere and then suddenly just getting thrown in the deep end and being told ‘now go and learn’ (can be a lot). He is loving what he is doing, he is making friends. He is liking his independence, he is learning. So, I am quite happy and proud of him,”

Arbaaz Khan is currently gearing up for the Sony LIV drama Tanav which is a remake of the popular Israeli drama Fauda. On the other hand, Patna Shukla is expected to be a social satire starring Raveena Tandon along wih Manav Vij, Satish Kaushik, among others.