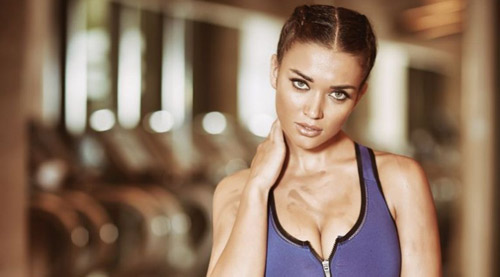 Amy Jackson's debut at Cannes grabbed a lot of attention and the actress even bagged some international projects after her presence at the prestigious film festival. The actress, who is currently in the UK wrapping up work commitments, will also take some time out for social causes this time.

Amy Jackson is currently shooting for a music video with popular songwriter-composer Manj but the actress also wants to dedicate some of her time for animal welfare. Amy has previously showed her support during several occasions when it comes to protection of animal rights and she has decided to continue her fight against animal cruelty. From what we hear, the actress has been invited to speak about animal welfare in a school she studied in London. The said event will be held on either June 10 or June 14. Amy, who is happy to have had the opportunity to do her bit for a cause she truly believes in, revealed that she has been supporting animal welfare ever since she was a kid and that this is her conscious effort to create immense awareness amongst the youth regarding the troubles these animals go through.

Last seen in Singh Is Bliing, Amy Jackson is busy with films like Robot 2.0 and the Nawazuddin Siddiqui starrer Ali.