By now we all know that Amitabh Bachchan will soon be seen making his Tamil debut with the film Uyarntha Manithan. Well now we hear that the said film which is a bilingual has been titled Tera Yaar Hoon Main in Hindi. The film which is currently being shot in in Hindi-Tamil at Filmcity will also see South actors SJ Suryah and Ramya Krishnan (of Baahubali fame) sharing screen space with Bachchan. 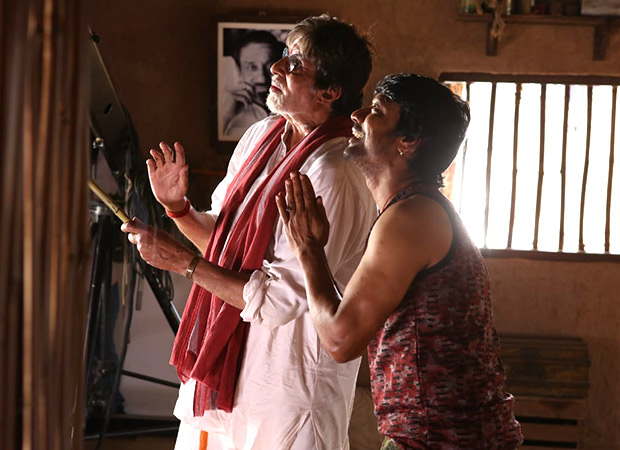 While this will not be Amitabh Bachchan’s first brush with Tamil cinema, his first being a production venture titled Ullasam that featured Ajith and Vikram; Tera Yaar Hoon Main will mark Bachchan's Tamil acting debut. As for the story of the film, though not much details are known, the first few images of Tera Yaar Hoon Main see Bachchan and Suryah’s characters in a rustic countryside setting complete with a mud house.