Amitabh Bachchan has always been up for a new experiment! And this time around, the megastar has decided to venture into the zone of South cinema. While he will be seen in a cameo in Sye Raa Narasimha Reddy, the actor is planning on making a Tamil debut. In fact, we have already got a glimpse of his avatar from the Kollywood film, Uyarndha Manidhan. 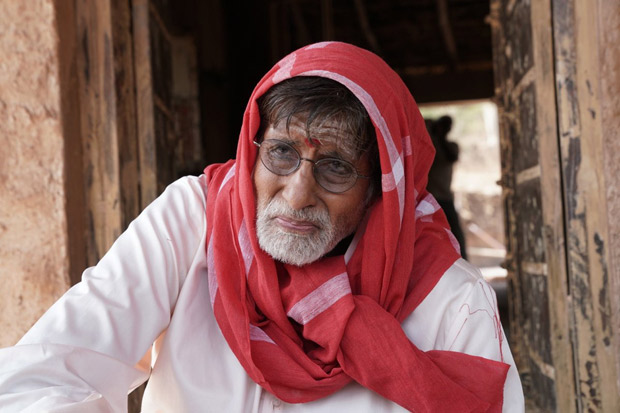 Amitabh Bachchan looks like a typical South Indian in these pictures. The actor is seen in mundu and a ghamcha in this photo that was not only shared by Amitabh himself but also the director of the film S J Suryah. Amitabh posted the picture with a rather emotional caption about how with age, there are lesser people who can call as friends. On the other hand, Suryah couldn’t hold the excitement as he was thrilled to work with the Bollywood megastar.

Happiest moment of my life ... thank you God , mom, dad for fulfilling a dream which I have never even dreamt of .... ???? toThe evergreen superstar ⁦@SrBachchan ,⁩ sharing it with our super star ⁦@rajinikanth⁩ & Dir ⁦@ARMurugadoss⁩ pic.twitter.com/Dwpd2s2nJG

Furthermore, Suryah also clarified on why he tagged Rajinikanth and A R Murugadoss were tagged in his earlier post about Uyarndha Manidha.

Ha ha ha .... Dir @ARMurugadoss sir helped me to get this movie on board and our superstar @rajinikanth sir helped me by announcing the project that’s why thanked both of them .... sjs https://t.co/Q5dMsMxt1g

On the Bollywood front, Amitabh Bachchan will next be seen in the superhero drama Brahmastra which also stars Ranbir Kapoor and Alia Bhatt in lead roles. The actor has also collaborated with Sairat director Nagraj Manjule in the forthcoming film Jhund.