Their last collaboration, Toilet – Ek Prem Katha, wowed the audience for not just novel concept but also its clear message – STOP open defecation. The satirical tale featuring Akshay Kumar and Bhumi Pednekar in the lead not only got them fame but they have turned crusaders for the initiatives that related to it. And now, yet again, Akshay and Bhumi are set to collaborate for a public service ad, which is a part of the Swachh Bharat Abhiyaan. 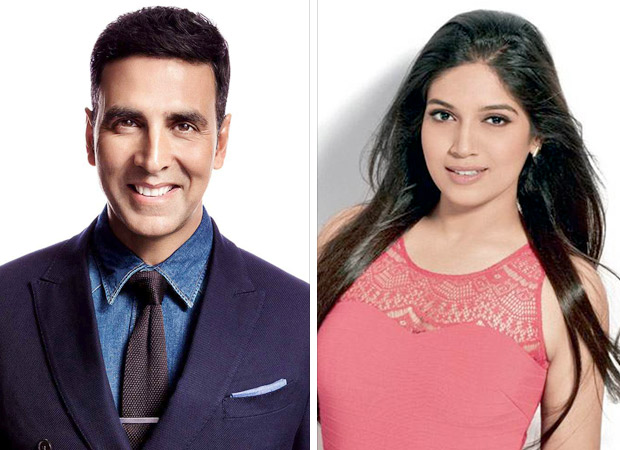 If reports are to be believed, the recent films chosen by Akshay Kumar which are related to relevant social issues, has been the force behind the actor being chosen for the commercial. On the other hand, his onscreen Jodi with Bhumi Pednekar seems to have been loved by all. Their message on personal hygiene too seems have to have attracted enough appreciation. And these are considered to be the reasons for them being roped in for the public service ad.

The said commercial too is said to deliver the message of the need for proper and hygiene sanitation. It is said to be directed by R Balki, who incidentally, also directed the last release of Akshay Kumar, Pad Man. The film brought forth the tabooed and improper conditions faced by rural women in India due to menstruation. And Akshay plays the role of Arunchalam Muruganatham who created revolution in the field of sanitary pads in India. Considering the kind of applauds the film received, the makers of the commercial thought Balki would be right person to direct the ad film.

If recent reports are to be believed, Akshay Kumar and Bhumi Pednekar have already wrapped up the shoot of the said commercial.

On the Bollywood front, Akshay Kumar will next be seen in the period drama Gold, in which he plays a hockey player. He has also been shooting for Karan Johar’s Kesari in Wai, which is based on Battle of Saragarhi. As for Bhumi Pednekar, she recently wrapped up a schedule in Chambal for her next with Sushant Singh Rajput, Son Chiriya.