Ajay Devgn is all set to share screen space with biggest south superstars: Ram Charan and NT Rama Rao Jr for SS Rajamouli’s next, tentatively titled RRR! Oh yes, the news reports suggest that Devgn will have an extended cameo in the action packed magum opus, much like his stint in Ranveer Singh’s Simmba. The role is an extended guest appearance which will impact the plot of the film and drive It forward. Ajay reached out for the role for a very specific reason. Rajamouli wanted to have a Bollywood superstar who has a fan following in South too because RRR is a multi-lingual film, like Baahubali. 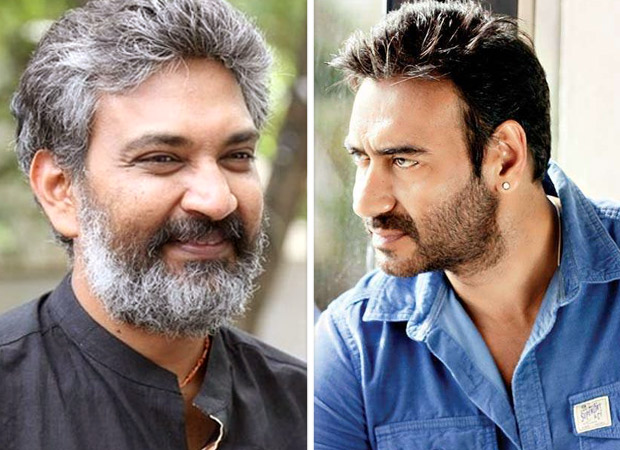 The movie is a big budgeted action packed period drama. It would be interesting to see Ajay in this set up with Ram Charan Teja and NT Rama Rao Jr.

While Parineeti Chopra and Alia Bhatt were considered for the role of leading ladies, there is no confirmation on that part yet. Parineeti may be the final choice, it is reported. The movie is set to have all the elements of commercial cinema and hence will be a treat to watch, It is touted.

Ajay on the other hand is currently busy with Taanaji: The Unsung Hero and has been promoting Total Dhamaal. He also has a comedy De De Pyaar De coming up.

Alia Bhatt not opting out of SS Rajamouli's…