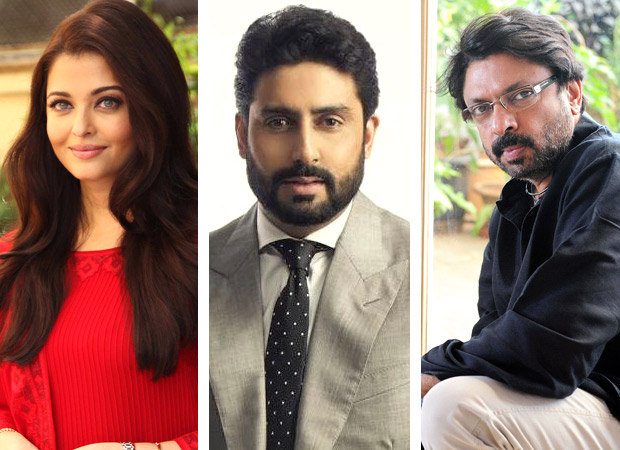 While wife Aishwarya Rai Bachchan has been one of Sanjay Leela Bhansali’s muses (in Hum Dil De Chuke Sanam and Devdas, also Bajirao Mastani was being planned with her), it is her hubby Abhishek Bachchan who will now be a part of the Sanjay Leela Bhansali production. The actor has reportedly been approached for Rohit Roy’s forthcoming directorial.

Last week, we had reported that actor Rohit Roy is venturing into direction and has signed a three film deal with none other than the commercially acclaimed filmmaker Sanjay Leela Bhansali. According to recent news reports, the latter’s upcoming production will have Abhishek Bachchan playing the leading man in a love story.

Earlier, Rohit Roy had revealed that his directorial will be a unique love story between a hit woman and a non-violent professor set against the backdrop of Girgaon. Abhishek Bachchan is said to portray the character of the professor while the details of the actress is yet to be revealed. The film which is in the scripting stage currently is said to commence by June-July.

On the other hand, Abhishek Bachchan is said to be on a film signing spree with four films of the actor currently in the pipeline – Prabhu Deva’s Lefty, Nishikant Kamat’s untitled film, Ronnie Screwvala’s next and Rajat Rawal’s Bachchan Singh.