Fox Star Studios' Hindi adaptation of The Fault In Our Stars (TFIOS) is making news and for all the right reasons. Here's a big one for the film, as Academy Award winner A R Rahman comes on board to compose the music for the much awaited Hindi adaptation of the Hollywood Blockbuster. 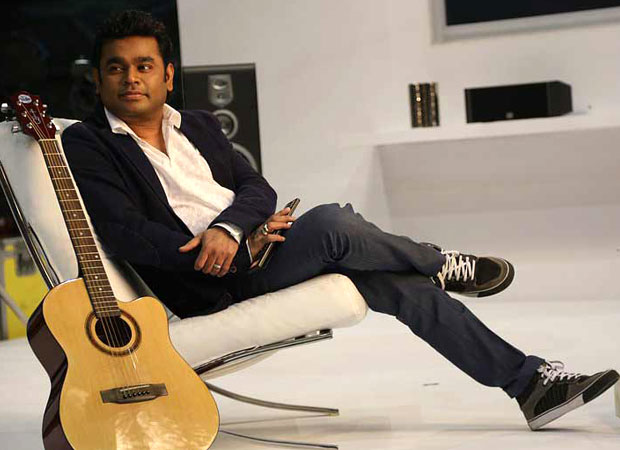 The music played a pivotal part in the original film and bind the narrative together of this sensitive love story. There couldn’t be any other music director than A R Rahman to recreate soul stirring music for the romantic love drama. A R Rahman & Fox Star Studios share a great nostalgia, as it was the Slumdog Millionaire which the studio won the most coveted Oscars for many categories along with for the Best Original Music Score.

The music maestro was completely swept by the soulful track of emotional love story and made him wanting to do the film. Sushant Singh Rajput has been signed on to play the lead while Mukesh Chhabra will be at the helm to direct this musical romance.

Commenting on his association with the production house, A R Rahman added, “I have had the pleasure of collaborating with Fox Star Studios and Mukesh Chhabra on many projects in the past and they have all been great experiences. When I heard the narration of their Indian adaptation of Fault in Our Stars and especially how music is so beautifully woven into the narrative I got quite excited. I am looking forward to creating music for this heart-warming venture.”

“We are thrilled to have A R Rahman on board for the Hindi adaptation of our Hollywood hit, The Fault In Our Stars. Fox Star Studios and A R Rahman have had a very special relationship over the years and we cant think of a better project to work on. With Mukesh Chhabra, the ace casting director making his directorial debut, and A R Rahman’s midas touch, our film is all set to hit the right notes with music lovers,” added Vijay Singh, CEO, Fox Star Studios.

Mukesh Chhabra, Director, “When I started out as a Casting Director many years ago I never ever imagined that I would get an opportunity to work with the greatest music legend of the country. As a Casting Director I have worked on many films where A. R. Rahman Sir was the music composer but it was like a dream come true when he  agreed to do the music for The Fault In Our Stars remake. It is truly a hand of encouragement and boost for a debutant director like myself to have A. R. Rahman sir on board.”

As for the film, The Fault in our Stars that released in 2014 revolves around Hazel a 16-year-old cancer patient, who is forced by her parents to attend a support group, where she meets and falls in love with another cancer patient.