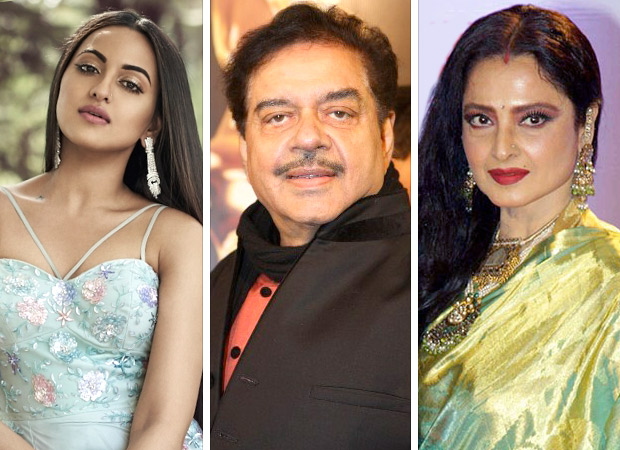 For the fans of Sonakshi, who have been eagerly waiting to see her sharing screen space with her father, this is the film! Yes, Sonakshi Sinha and Shatrughan Sinha will feature in a special number in Yamla Pagla Deeewana Phir Se. The song in question will be a remake of the 60s chartbuster ‘O Mere Sona Hai’. The Shammi Kapoor – Asha Parekh song is said to be a part of the title track medley of this Deol film.

Interestingly, the film also features Sonakshi Sinha’s Dabangg co-star Salman Khan. However, from what we hear, the duo won’t be seen together in this track. In fact, if reports are to be believed, Salman Khan has already shot for his portion on Tuesday. And it was the next day when Sonakshi Sinha and Shatrughan Singh shot for their portion of the track.

Choreographed by Remo D’Souza, this medley also revives another yesteryear track. The song is ‘Rafta Rafta’ from the film Kahani Kismat Ki. The 70s drama featured Dharmendra opposite evergreen diva Rekha. In fact, even for the remake of the song, it will feature the same actor duo grooving to some upbeat tunes.

As for the film itself, just like other Yamla Pagla Deewana series, this film too brings together the three Deols namely, Sunny Deol, Dharmendra and Bobby Deol. The film marks the directorial debut of Punjabi director Navaniat Singh. It stars Kriti Kharbanda as the leading lady.