Aamir Khan is known as the perfectionist of Bollywood. While Aamir Khan releases one film in a year or two, the actor's children Ira and Junaid Khan have been the talk of the town off late. Fans of the stars have been speculating whether the two-star kids will be taking forward the legacy of Aamir Khan. However, Ira Khan has made it clear that she would prefer to stay behind the camera. The youngster who is interested in direction has already directed her first play titled Euripides' Medea. Meanwhile, Junaid is seen placing his foot forward in theatre. 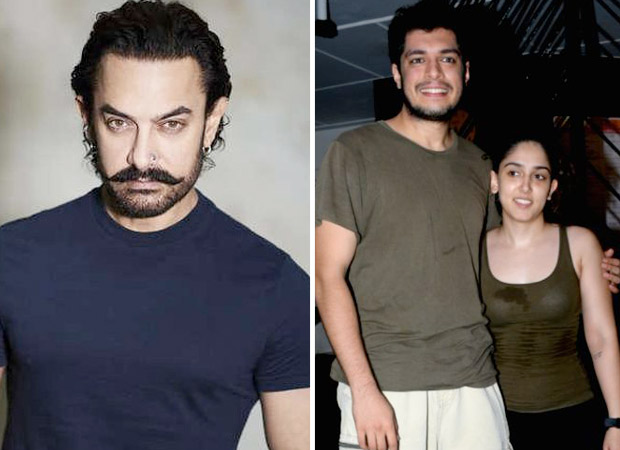 Talking about the same in an interview with a media house, father Aamir Khan revealed that both his kids are following what they like and he is glad that they are doing it all by themselves without his help.

Junaid recently marked his theatre debut. Talking about Ira's debut as a director, Aamir Khan said that Ira never asked him for his guidance. The actor said that it is Ira and Junaid's decision whether or not to enter Bollywood. The actor, however, said that the two will have to make it own their own if they wish to enter Bollywood.

Aamir Khan who has worked as a film directed said that when he casts an actor, his first criteria is to see if the actor fits the role. The Dangal actor said that it is dishonest to his craft to cast someone on the basis of relationships.

Meanwhile, on the work front, Aamir will soon be seen in Laal Singh Chaddha, the Hindi remake of Forrest Gump where he steps into the shoes of Tom Hanks. Aamir dons a Jatt avatar for the film while Kareena Kapoor Khan and Mona Singh play pivotal roles. Directed by Advait Chandan, the film is scheduled for Christmas 2020 release.

Also Read: Laal Singh Chaddha: From Jaisalmer to Goa, Aamir Khan extensively shoots for his next