Aamir Khan and Kiara Advani came together for the first time onscreen for an AU Bank advertisement about banking services that challenged Hindu marriage traditions. While many appreciated it for breaking stereotypes, a lot of them expressed offence and demanded a boycott. The Kashmir Files filmmaker Vivek Agnihotri too slammed the ad for hurting Hindu sentiments. Owing to the flak they received, AU Bank has pulled down the ad. 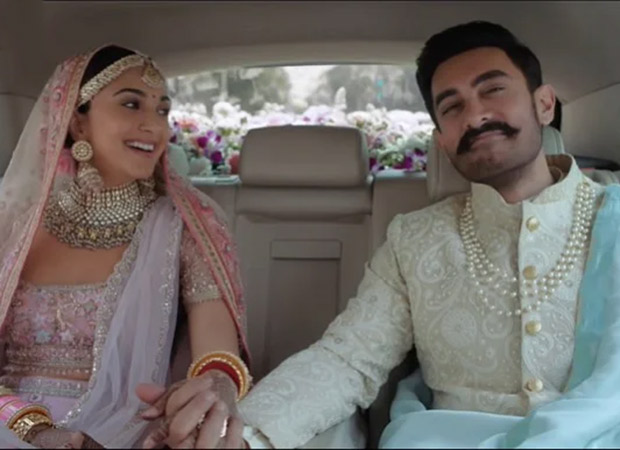 This is not the first time where a brand was slammed for its commercial. In the past, brands like the jewellery brand Tanishq and several others have been forced to pull down advertisements after they received flak. A few days ago, filmmaker Vivek Agnihotri had taken to Twitter to share his thoughts on the Aamir Khan, Kiara Advani ad saying, “I just fail to understand since when Banks have become responsible for changing social & religious traditions? I think @aubankindia should do activism by changing corrupt banking system. Aisi bakwaas karte hain fir kehte hain Hindus are trolling. Idiots.”

Amidst netizens who slammed the ad, one of them commented, “Aamir Khan doesn’t have guts to make a mockery of his own religion or question the practices of Halal & triple talaq but very conveniently mocks Hindu religion. As the feelings & beliefs’ of Hindus doesn’t matter. “A cow-eating demon, who finds himself unsafe in India and safe in turkey......and does nothing besides insulting rituals. #AamirKhan_Insults_HinduDharma,” said another. “Is changing tradition for change’s sake good? Aamir Khan once again shows he is no different from medieval Islamic invaders who just wanted to destroy Hindu traditions.  But the question is: why do some of our own support such things in the name of ‘changing tradition’?” claimed one more.

Coming to ad, the commercial featured Kiara Advani and Aamir Khan as the bride and groom where unlike the usual custom of ‘bride’ going to a groom’s house, it is shown that a groom has gone to a bride’s house, reversing the tradition.