Varun Dhawan and Anushka Sharma are all set to teach us the concept of Made In India products in a unique way in their forthcoming YRF venture Sui Dhaaga. Readers may be aware that Varun plays the role of a weaver in the film and we got a glimpse of the same in the recently released trailer. Now, we hear that the Gen Y star has put his ‘Sui Dhaaga’ skills to good use for his filmmaker-father David Dhawan’s 68th birthday. 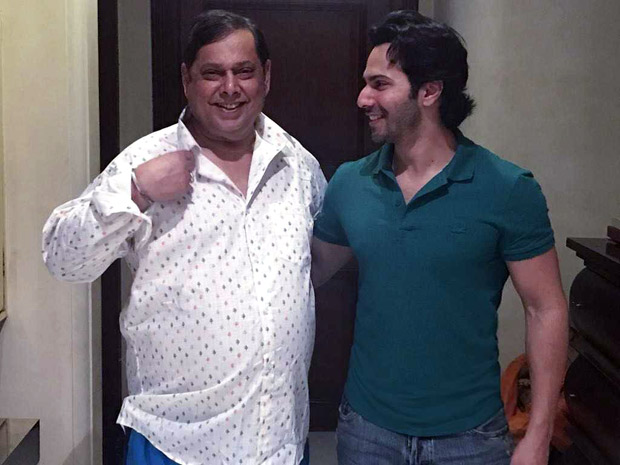 In order to play the character of Mauji in Sui Dhaaga, Varun Dhawan has trained rigorously in the intricate processes of cutting and stitching fabrics for his role. Apparently, the actor wanted to surprise his father with his skills. Which is why, he decided to give his father David Dhawan a very special birthday present. Varun has sewn a shirt for his father’s birthday and has gifted it to him. It is being said that David was thrilled to receive this beautiful gift from his younger son.

In fact, Varun Dhawan even chose a colourful, summery fabric on which he decided to put his sewing skills to test. Speaking about the same, the Dhawan boy added, “I am not quite as good as trained tailors, but I have picked up some tailoring while making Sui Dhaaga. My dad thinks I am still a Kaccha Dhaaga (raw and young), but this will prove to him that I am not so raw anymore!” Wasn’t it really sweet of Varun to take out time and effort to make this special shirt for his father and give him a pleasant surprise?

But that was not all! To make David’s birthday even more special, Varun and his elder brother Rohit, also gifted their parents a customised staycation at a posh 5 star hotel in Mumbai. The brothers ensured that David had the best time. They also hosted a private dinner for David and Karuna and celebrated with their immediate family. Here's a glimpse of how stitched this shirt for his father.